Who Will Not Replace Jerry Falwell? 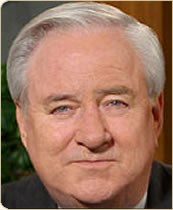 The fact that Jerry Fallwell’s passing is being treated as a major media event brings both a resounding affirmation of his impact upon the politics of our country as well as the compelling question about who will take his place–and who will take over his legacy. Can anybody?

Let us not take it for granted that when he (and his peers) started their ministries lo all those decades ago, wall-to-wall coverage of a Pastor’s passing was reserved for, well, Dr. Martin Luther King Jr. In all likelihood, the coverage of Falwell’s passing will be surpassed only by that of Rev. Graham.

As to his legacy, I don’t know who will inherit it, but I think I can predict (and certainly hope!) who will not by looking at his roles as a political force, a media voice, and an evangelical leader.

As a political force, Falwell’s influence largely contributed to the Moral Majority’s agenda being confused with absolute Christian doctrine for at least two decades. Being pro-life and against the homosexual agenda was about on par with the Father, Son and Holy Spirit for many, many Christians across this country. Not so anymore. Tony Campolo, Brian McLaren and Jim Wallis have changed that perception (and reality) among Christians and the non-Christian world. And while Campolo and McLaren have a large speaking/writing influence, groups (such as Sojourners run by COO Jeff Carr) are cropping up and organizing Christians along varied agendas. For that reason, they will not take his place. But they will share more of the space.

As a media voice of Christianity, Falwell and Pat Robertson were known for decades as the unofficial spokespeople for the Christian faith, at least if you believed the networks. In recent years, though, the likes of Rick Warren, Max Lucado and others have led the charge, but with a different, all-encompassing approach. Seeing Warren or Lucado on a news show may not bring the controversy that the networks are looking for, but it certainly is a more accurate and gentle picture of Christianity than Falwell’s. And they will now share more of that space–but they will not take his place.

As a megachurch mobilizer of other churches, only those in his organization know who will take over that leadership position, but there are many other leading pastors in this country (Warren, Bill Hybels, Tony Evans, John MacArthur, Kirbyjon Caldwell, Andy Stanley, etc.) whose large churches are influencing countless other pastors and congregations around the country, through their annual conferences and year ’round e-access to products and services. The sales figures for Warren’s “The Purpose-Driven Life” are but one piece of evidence for this. They will all share more of his space–but not take his place.

Ironically, the likes of Rev.’s Al Sharpton, Robert Schuller, and Franklin Graham were all agreeing on “Larry King Live” last night that Jerry Falwell was a wonderfully decent and loving man who truly wanted people to know Jesus more than anything else that could happen. They argued that to Falwell, faith in Jesus was more important than political votes. The shame of it is that the Moral Majority wasn’t known for that, and Falwell wasn’t perceived that way.

Only Bill Clinton managed to get elected President against the forces of the conservative Christian right, and someone like George W. Bush won twice only because of the countless Americans whose faith dictated a values agenda that Falwell helped bring to the fore. But in the end, historians and theologians may someday write that Falwell’s success as a political force may have worked to the detriment of the Christian message for a few generations. The message of a wider and broader sampling of the Christian family is now being shaped and led by those mentioned above and more leaders like them.