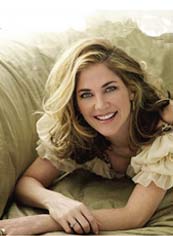 There’s Christian theology, full of hope for redemption and miraculous conversions, and then there’s country music. On her witty, bluegrass-inflected album, “I Want to Love You,” (out this week) Kassie DePaiva sings about heartache and being down to your last dollar, and she reminds us that the God who sent a whale to swallow Jonah, who fed the Israelites in the desert and parted the Red Sea–still can’t turn a cheating husband into an honest man.

In life, DePaiva, raised a Southern Baptist in Kentucky, gives the higher power more credit. That’s not a problem, one supposes, for someone who sang at the Grand Ole Opry before she was 20, got the first part (in a TV commercial) she ever auditioned for and today is a soap opera star (she has played Blair on “One Life to Live” since 2001) who is married to her handsome co-star. “The Lord has blessed me in so many ways,” DePaiva told me in a recent interview.

But DePaiva has a lot to say about what happens when your dreams get interrupted. When her son, J.Q., was a year old, he was diagnosed with severe deafness. DePaiva and husband James threw themselves into researching his condition and finding the best help. Today, thanks to cochlear implants, J.Q. attends a normal school. “And we’re better parents,” says DePaiva, “better people.”

To her roles of mom, actress, and singer, she has added activist and fundraiser. She works to make parents more aware of their children’s hearing health, and she does most of the crocheting for Happy Hats, a charity that sells homemade crocheted hats to benefit deaf children. (In the fall, she’ll be a host of a new PBS show about crochet.)

DePaiva says she has had to mourn her dreams for her child, but she’s come to realize that he’s been another part of her dream life. “We take it for granted that we will have a perfect child,” she says. “But if anything, God gave me J.Q. I wouldn’t not have him, and I wouldn’t have him any other way.” 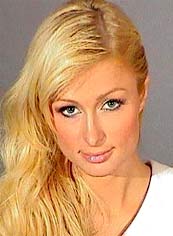