Nearly 24 hours later, I am still thinking about last night’s episode of “Lost.” It’s official: My favorite show is back. After a rocky mini-season, I was almost ready to give up for good, but this particular string of great episodes has gotten me hooked all over again.

And what would an episode of vintage “Lost” be without daddy issues? Everybody has them. In fact, last week we learned that Claire and Jack have the same daddy. This week, it was Locke’s father, the con man formerly known as Anthony Cooper, who made a shocking appearance on the show. After Anthony killed the son of a rich widow he was trying to con, Locke confronted him–and the scene ended with Anthony pushing Locke out of an eighth-floor window. This was the answer to a long-held show question about how Locke ended up in a wheelchair. (His legs were magically “cured” by the island.)

Flash forward to the island a few years later, and Locke is now hell-bent on sabotaging any possible escape route from the island. He’s certain that ever leaving the island means the healing magic will be undone. So instead of just staying on the island, he wants everyone to have to stay with him. Even if that means blowing up communication centers and submarines.

At the end of this very tense episode, Locke butted heads with Ben, the leader of enemy group The Others. Ben remarked that Locke’s reason for staying on the island was that it was the one place where his father could never get to him. Ben then led Locke to a room with a man tied up inside it. The man? None other than Locke’s father.

One theme of “Lost” is that you can never change who you are. As Sawyer likes to say, “a leopard don’t change his spots.” Sawyer still cons, Kate still runs away, Jack still tries to fix people. Locke may no longer be paralyzed, but he still has to deal with his relationship with his father. And now his father is on the island.

Perhaps the theme of “Lost” is that you can go anywhere in the world, but you can never hide from your problems. Others have speculated that characters on the show die as soon as they resolve some central problem, like when Eko died after “reconciling” with his brother. Maybe the monster on the show takes the form of whatever the person is trying to escape from. In typical “Lost” fashion, the appearance of Anthony Cooper raised more questions than it answered. But I’m happy to stick around and see what happens next.

Do You Love “Lost”? Discuss the show with others here. 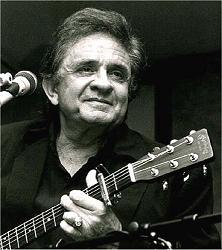