Baylor University’s Institute on Studies of Religion is pitching their new report, “American Piety in the 21st Century,” as a testament to how diverse and complex religious feelings in our country really are. The report does show that many religiously unaffiliated people pray, and that “The Passion,” produced by a conservative Catholic and championed by white evangelicals, was most popular among African-American Protestants. The subtext of the data, however, is to show how culturally divided we are.

It’s right there in the charts relating church attendance to consumption of the controversial thriller “The Da Vinci Code.” Quite simply, Baylor found, the less you attend church, the more likely you are to have read the book. Only 16 percent of evangelical Protestants read Dan Brown’s novel; those who gave their affiliation as “None” were twice as likely to have read it, and “Other” were more than three times as likely.

On the other hand, “VeggieTales,” Rick Warren, and the “Left Behind” series all appeal to 20-25 percent of the population—a number close enough to the percentage of evangelicals in the national body to suggest that as popular as those products have become, they are still confined mostly to their home communities.

Since St. Paul, Christians have asked the question, What influences you most: Christ or culture? Judging from Baylor’s report, the answer might be that what influences us most is neither Christ nor culture, but which Christian culture we come from. 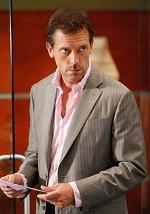 Health, Healing & Happinesss for "House"?
archives most recent
More from Beliefnet and our partners
previous posts