There are some really great guys in this world.

The problem is we don’t always attract ourselves to them.

And no, this does not mean they are perfect – none of us are. 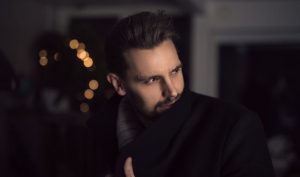 This simply means they are truly good people. The kind of individuals who will have more of the ability to love and value a woman in their life.

1. They Treat Their Mother and Sisters With Respect:

The way a woman is treated begins in the home.

A man who shows his mother and sisters they are valuable enough to be respected has an increased chance of treating the woman they love in the same esteemed manner.

This includes the actual relationship a man has with his mother and sisters. It should be a true relationship with interaction and sharing. Not one where they are respectful when together but ignored or are never called and therefore the relationship may appear respectful but is basically non-existant.

Notice that I didn’t say ‘never.’

There will be occasions for ‘tears’ in even the best of relationships. However, a great guy will not make a woman repeatedly cry or have the ability to watch a woman cry.

A man who feels things deeply enough to possess empathy will undoubtedly be caring enough to feel your pain, worries, and stress.

Likewise, they will have less of the ability to take advantage of overburdening their spouse with all things children, house or work. Empathy creates a balance which gives them the ability to see both sides of the relationship.

4. They Have a Strong Foundation:

A man who will be solid in your life has come from or created a strong foundation in his own.

He has his value system prioritized. At the center of his life is his faith and his family followed closely by friends. And these are not labels, he does not say he has a strong faith or family ties. It is apparent in all that he does.

They aren’t looking to be cared for or another mommy to pick up where theirs left off.

They are looking for a woman to share their life not care for it.

This means they are primarily self-responsible. Their wife or assistants are not running their personal life or taking care of their family obligations. They do not need to be reminded of adult schedules or responsibilities.

6. They Are Not Gender Biased:

There isn’t anything wrong with traditional roles if both parties choose that lifestyle.

However, there is a distinct difference between living what may be considered an ‘old-fashioned’ family lifestyle and harboring ‘antiquated views’ of who women are and the contribution they make to a relationship. The man does not make references to it being ‘his home’ or ‘his money’ as if his wife is being taken care of by him. No, she is taking care of everything that he isn’t. The remainder of what being in a family and relationship entails.

Raising children and taking care of a home is a job. It just happens to be unpaid. We know this because if the wife and mother does not do it – someone must be hired to do so.

Many people joke about one another, but it’s not okay to make it constant or take it too far.

Some may disagree with this because many relationships possess this type of humor but it is in fact, based in disrespectfulness. It’s not okay to make fun of people for any reason. And most of these jokes are rooted in either some type of truth (making it really not a funny joke) or they are gender-based.

Oh he sits on the couch all day. Oh she shops all day. You get the point.

A golden boy is a tough one to attach yourself to.

They have been raised in a home where they could do no wrong and come and go as they please. They have been fostered to believe the world revolves around them and they will expect the woman in their life to do so as well. The world is not black and white so some goldens do grow up.

A great guy isn’t a golden boy he’s beholden to transforming into a mature man.

9. They Have a Larger Picture of the World:

A great guy lives outside of his own world.

He notices things. The woman struggling to get her baby and groceries to the car. The elderly person who dropped their hat, the waiter who seems like they could use a few extra dollars.

A truly awesome man is present and this, in turn, gives him the ability to never lose site of you.

Another way of saying this would be he is confident.

The problem is confidence is misleading. Many appear to be filled with self-esteem yet lack it. Why? They are leaders, give presentations, lead fundraisers or companies, etc. but that in itself does not support genuine confidence.

Genuine confidence is an ego-less affair. It is absent from control, disrespectfulness, selfishness, defensiveness and all the other bad relationship stuff.Ego-less people are not threatened and that elevated confidence erases the chance for the aforementioned negative ball of wax.

They can see the woman in their lives for who she is and celebrate her for it.

A good man is a good person.

And there are lots of them out there.

Find someone who treats you as well as you treat them.