When People Ask Me – Why I Am Still Not Divorced?

Oh boy, the quintessential question, “Why am I still not divorced?”

Okay…in the larger scheme of life I was meant to walk this path and I have no doubt about it. I was meant to be reduced and humbled, rebuilt and to help others on the same path.

I know this truth because my faith tells me this. 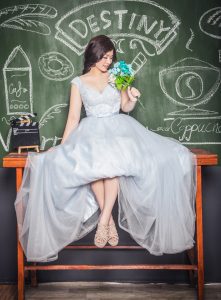 However, on the schematic side of life, how on earth did this happen?

Four years as we all well know or can imagine is far too long.

So go ahead, ask the routine questions:

Why aren’t you divorced doesn’t it only take a year?

Can’t the legal system help you?

Why don’t you have enough money to pay your bills?

And on and on.

In reality, this NEVER should have happened.

Had I retained a full-time job it certainly would never have been possible. This is the result of several things, one that I made myself financially vulnerable by staying home with my children and also for being a tad bit naive and far too trusting.

It turns out people change and they are not always who we thought they were especially if you tended to see the best in people.

Nonetheless, I arrived at this destination and finally had the strength to catch the next train out.

Or so I thought.

Without getting into the guts of it, the nitty gritty – suffice it to say when individuals use divorce as a means of punishment they often reduce themselves to what would have ordinarily been beneath them.

This means reducing incomes to less than two thousand dollars a year, hiding money, uninsuring their own children, destroying credit scores and more so much more…

When you have left yourself financially vulnerable you are unable to scale income to the necessary level quickly enough, repair credit which took years to build but only moments to destroy, and salvage what is left of your life when the one financially in control is determined to make you pay. I never avoid a good pun.

But sadly, I could not avoid the outcome of a mutual decision a husband and wife once made that she would be a stay at home mom.

I have said more than once, my children paid a high price for money.

The unfortunate truth is it takes a tremendous amount of money to live.

One day, it was the mortgage company seeing if the house was still occupied, the next day it was the repo guy looking for the unpaid car payment, then it was the appraiser sent to assess the situation and then it was the sheriff’s deputy with the warrant in debt.

And that’s just the short of it – so much more to the story.

So, I was going to get justice. After all, I’m an idealistic writer. There must be accountability.

But, sadly, there is not.

The courts are overwhelmed with people behaving badly and lawyers and judges are left to decipher the truth which is tremendously hard to do in the finite amount of time their schedules permit. How are they to know who is the part of the couple who dared to believe, dared to try and dared to love? Compared to the other part of the duo who is complacent and bent on self-preservation?

Of course, those who know us understand the truth because they have lived the entire brutality of all four years.

They have sat with us while we waited for a distraught child to make peace with this situation, they have lent us their car when we had none other to drive, they have dropped off groceries, called us to make sure we had the strength to get out of bed that day, they have counseled our children, they have bought us a cup of coffee, they have called us on the days we didn’t want to talk, they have listened to our stressful diatribe and more so much more.

So, here’s the shocking truth.

I’m still not divorced because a decision (a joint decision) I made many years ago gave away my power.

I spent the better part of today trying to figure out a way to get my youngest son off to college despite it being a week late.

The conundrum? I don’t have the money to send him so I applied for credit cards and loans. Be it government based loans or bank loans I do not qualify even when I put him as a student and myself as co-signer because four years ago when I retained an attorney the person responsible for the bills stopped paying them.

I can’t help my son because I have no access to any money I once had and I have no credit. The small amount of college money disappeared trying to keep his brothers at school during this divorce.

It’s hard to ascertain a divorce when the primary objective of one person is punishment rather than healing.

Divorce is simpler for those who maturely settle their disputes and move forward.

Recently, I heard someone say people who are divorcing shouldn’t live in the past…

All I could think? – Maybe you should ask that person are they really living in the past? Or is another individual keeping them captive?

Because four years ago I boldly chose the future…

And I will proudly say that again because it was scary, but I did it despite my fear –

I boldly chose the future…

So I would no longer LIVE in the past.

Yet, it turns out sadly it is true..all is fair in love and war.

Or at least in divorce. 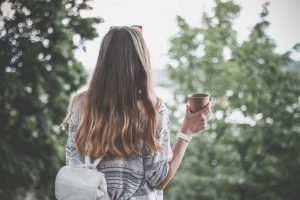