Can You Rescue Someone?

Can you rescue someone?

This question is raised time and time again by individuals who reach out to me. They just don’t phrase it this way.

I have written about this often because rescuers refuse to believe the answer is no.

Sure, as in all things there are exceptions to the rule and every enabler wants to believe it will be them. They will be the one to save their SO from themselves be it an addiction, selfishness, affairs and more. 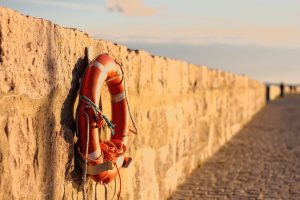 Others will say they did ultimately save their SO and get back on track. What they will leave out are the years they suffered from dysfunction and chaos to get to that point. They will also neglect one other very important detail. They were not the one who rescued their SO.

Their SO finally decided they needed and wanted to be rescued.

You can only truly help those who want to be helped and wanting and asking are two different things.

Some SO’s may proclaim they want help but it may be mere words. They must show in every manner they are ready to gain the rescuing they need from the proper professionals.

Enablers just wear themselves down and those around them while they worry and tend to the wounded they love.

But there is always hope that a person can rescue themselves and that is when their SO can support and love them rather than enable and rescue them.

It bothers me when I hear people repeat the tired mantra, “People Don’t Change.”

How should it be phrased? “You Can’t Force People To Change.”

They have to want to grow and let go of the misnomer ‘change’ is a bad word. It’s a self-development word. We can all use to continue growing as people.

And repeat the aforementioned thought…

There is always hope that a person can rescue themselves and that is when their SO can support and love them rather than enable and rescue them.

The light must come from within them rather than be shined on them.

There’s always hope just not in quite the manner rescuers are used to viewing.