Faith Hill and Tim McGraw do not disappoint.

It really doesn’t matter what those exquisite pipes belt out. You feel it. You feel them.

Their newest song Speak to a Girl – is no exception.

I almost don’t know where to begin.

I don’t like to admit this but I will.

I was extremely proactive in the marriage counseling arena. When my husband and I started having problems I made sure to take my children to counseling. It seemed like the responsible thing to do.

To make sure my children were doing okay since my husband and I were not. 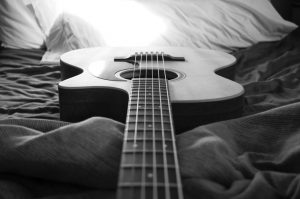 Those first few years of troubles, the marriage counselor would always say the same thing, “You have awesome boys. They are doing great because you are a good communicator.”

I took this to mean that despite our problems and the fact we were not hiding them from our children (no couple does – kids are very smart) they weren’t pain-free. How could they be? However, their pain was not intensified by feeling put in a position of conflict.

Fast forward to the days leading up to my separation.

One of my children was experiencing a difficult time. I am a writer. I have raised three deep guys who are also writers.

I sensed this caring and unprotected side of him was preventing him from moving forward so I did what my mom did with me and I attempted to tough love him through it. My husband who had never interrupted my parenting before started to contradict me.

“Don’t let your mother talk to you that way. That’s how she talked to me,” he would say.

No child should hear a father encourage disrespectfulness.

My son realized what was happening and even said so in counseling but he was also a gentle boy going through the normal highs and lows of childhood combined with two parents who were rocking his world.

Back then my tough loving was like Mary Tyler Moore yelling, “Oh, Lou!”

How do I know this?

Because sadly, I found a recorded conversation on my iPad. Troubling to realize that my husband taped me. I am guessing because he realized I was trying to separate from him. For the record, I never taped my husband’s bad behavior which ultimately led up to the times where I sounded off the charts.

It never even occurred to me.

Why would I tape a man I believed to be going through a difficult mid-life period and acting uncharacteristically? Why would I document a man I loved? Even though it was bad behavior? I wouldn’t. He was I believed still my best friend from the age of nineteen.

Suffice it to say, it is still troubling to realize he recorded me reacting after years of hanging in there with him until he got to what I believed would be the other side of his happiness.

I still find it almost impossible to comprehend. A man who chose to make seriously bad choices which impacted his wife and children retaliating by taping the ultimately bad responses of his wife in her attempt to get her family and her children’s lives and dreams back on track.

We make foolish choices for those we love.

I should have packed my bags a million even a zillion times earlier. Especially when he proudly announced he had recorded me while upset.

As my sister likes to say, “You stay with crazy long enough and you will sound crazy.”

And I know on his recording I probably did. He had made my worst childhood fears of a man abusing alcohol come true and stupidly I stayed.

As the infamous song goes the Crazy Little Things We do for Love.

Ultimately, when I retained an attorney my husband continued to confuse my one son.

I remember being so upset one time in my marriage counselor’s office I didn’t know what to do.

I didn’t pat myself on the back.

I knew exactly why I had ‘overly respectful’ children.

For the same reason, my single mother had. They were primarily parented by just one parent. Not to say two parents can’t have the same outcome but you really have to have two parents who are dedicated to enforcing each other and respect, not pettiness.

In the three plus years of divorce, I have struggled to parent my kids.

Children understand a parent who is not wonderful to another parent.

However, down deep, they are extremely trusting.

They do not believe a parent would put them in a bad position. They rationalize the problem is with the two parents. And fortunately most of the time it is.

So when a father begins to promote disrespectfulness they believe him. They do not necessarily believe they are being used as a pawn in a dispute. If their father says don’t let their mother speak to them in a certain way they believe he is protecting them.

And therefore, the disrespectfulness escalated. Something I am not happy with or proud of and something my boys aren’t of either. But it did.

And how could it not?

A father kept reinforcing if your mom tries to discipline you don’t let her do what she did to me. Again, kids are smart but teenagers are looking for an out. If one parent says yes and the other says no, which do you think they will gravitate towards? The one who fails to set boundaries.

I always say there are things even writers don’t want to write about. A few coveted moments even we would like to keep private.

I listened to this song and fought back the tears.

I write about relationships. I absolutely knew what they were speaking of. I also knew I wasn’t ready to speak about it myself. Watch the way a man treats his mother and his sisters.

If he was raised properly he will treat them with respect.

Divorce is not an excuse to promote disrespectfulness.

In fact, my children will one day be able to attest to the years their dad behaved out of character and my refusal to allow them to ever be disrespectful to him. What I told them in their anger was, “Yes, your dad is not behaving well. However, he is your father and you will respect him. I will deal with the behavior.”

And I am and was sufficiently confident and too good a mother to need my children to gang up against their father.

Because that type of insecurity gains an ally for the parent and places a child in a desperate position of conflict since they need and want and deserve to love both parents.

This is teaching a boy how to speak to a girl.

My outlet was talking to my family and friends as I tried to navigate my way through the hardship.

Make no mistake about it. The way a man treats his mother is, as the new Faith Hill and Tim McGraw song attests is how he will treat a woman.

The only caveat I would add?

Overtly bad behavior is obvious. Don’t forget to also look for the man who doesn’t obviously mistreat his mother but rather ignores her. It is the passive to the aggressive and it is equally as damaging.

My marriage counselor is correct. My boys have a strong foundation and these past three years have been more painful than confusing. They are gaining themselves back each and every day just as their mother is. Because the more their disrespectfulness escalated so did mine and my words back to them. It all became more and more out of control.

Honestly, at this point since respect begets respect and the counter of that – my children and I are looking forward to closing a chapter we are not proud of which was caused by the utter anger of a supposed adult.

My boys listen to country music.

I am confident while they are cruising the road, windows down and volume up, and first hear Speak to a Girl – they are going to have a moment.

The same moment I had.

One where they fight back the tears and are troubled by the past three years and realize we are nearing the other side.

A moment which returns them closer to a mother who taught them to be overly respectful. And who always reminded them although no one person will ever be perfect and nor will be their actions…

There is absolutely zero excuse to mistreat another human being.

Because how you speak to a girl is actually indicative of how you respect yourself as a man.

To listen to Faith Hill and Tim McGraw’s new song here is the link. 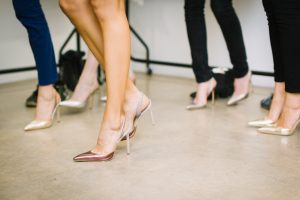