Living Without Insulation (A Postscript)

I was thinking about my last column. I knew something was missing. I just couldn’t put my finger on it.

Then it hit me.

It wasn’t just that I did primarily everything in a supposed ‘partnership’ called marriage. I was actually okay with that. I was comfortable, even proud in my role as a problem solver and rescuer. A challenge, aka, a problem, actually energized me.

I know, sounds crazy but it did.

Well, okay I will preface that by saying that I didn’t like every bit of it. I really didn’t enjoy mulching two acres by myself when we first bought our house or painting rooms. It had to be done, though – so I did it. That’s what being an adult is about. We do things we don’t like to do. It’s called growing up.

I think what I did not convey in my last column is the lack of being worried about.

I didn’t have that kind of husband. It wasn’t only that he was comfortable letting me do things that a lot of other husbands would do. It was that he never worried about me. If I had a problem he didn’t wonder how I would solve it. If I was put under anesthesia for oral surgery he didn’t wonder how I would drive myself home. If I was hit by a car and thrown into another car going thirty-five miles an hour with all three of our kids in the car he kept working.

That is what I was trying to say. I am not only ready for someone else to do the rescuing, I am ready to be worried about.

One day, many years ago, I was sitting at lunch with three of my girlfriends. At that point, I had been married about eighteen years. It was just a coincidence that all three of them heard from their husbands in a matter of fifteen minutes. I remember witnessing the conversations with amazement.

“All of your husbands just called you just because??” I say.

“What do you mean?” they ask me slightly confused.

“I mean it was just a nice conversation to check in with you. It doesn’t seem like they were calling you for a reason. They didn’t ask you to do something or tell you something important,” I say.

“Yes,” they respond, still bewildered at my inquisition.

“Wow!” I say. “If my husband calls me during the work day, I ask him if everything is okay. He never calls me to check in or see how I am doing.”

This was a watershed moment for me. I do not believe I would have had the epiphany if I had not witnessed three calls at once coming from a friend and spouse who just wondered how the other was doing. 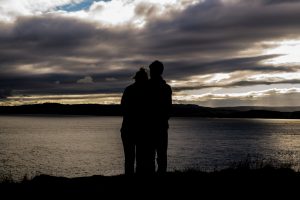 My husband always said he was a busy man. I believed him. I appreciated him and is hard work. Then one day after that lunch we were driving out of town. He had to work that day so I had decided to go along for the day and we would leave town after. His phone rang while we were on the road. It was a colleague. I sat and listened to them talk for forty-five minutes. The first five minutes had been about work. The rest had been social talk.

It’s a strength to be a problem solver. It makes you know you can handle things on your own. As I have said many times, my mother was a wonderful example.

However, it does make you a little less needy. So much so that you might be putting up with things you are completely unaware of.

Someone who loves us enough to worry about us. 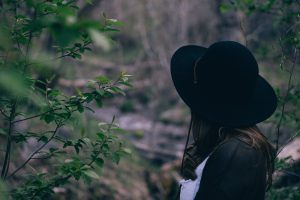