6 Shocking Reasons Not to Be Embarrassed by Divorce

It is extremely common for people who are divorcing to feel embarrassed. However, it is not only unnecessary, but absolutely archaic. It is a frivolous shame that should not be indulged.

It is perpetuated by the illusion that marriage is the preferred venue. This is a myth in many cases with really just a small percentage achieving the type of mutual respect, admiration, loyalty, unconditional love and good communication that is the trademark of a great marriage.

It is compounded by the comments that accompany divorce…

It is time society acknowledges that it takes a person of great strength to break from the crowd (as it always has). And to do what is not only painful and difficult, but archaically viewed as failure – when in fact, it is growth.

6 Reasons not to be embarrassed by divorce:

1. More than 50% of the population is divorced. This should be the number one reason not to give into shame and embarrassment. Divorced people are obviously a very common phenomenon so it’s illogical for an individual to beat themselves up over the failure of the relationship. If marriage were easy there would be a far greater success rate.

2. There are many so called ‘happily married’ couples that are ‘unhappy.’ A significant number of people decide to stay in unhappy marriages. Why? They are afraid to leave, in denial about their situation, convince themselves the grass isn’t greener, tell themselves that no one they know is really that happily married, that marriage is better for the children, that no one in their family is divorced so they couldn’t possibly be the first one. These are just some of the ‘excuses’ for why people stay in half-happy relationships.

3. It takes a person of great strength to endure divorce. Divorce is not for the faint of heart. In fact, it is a plethora of pain. It is exponential grief. It is the blowing up and disassembling of a life and the loss of many that lived in it. It isn’t change, it is drastic change. It is financial, physical and emotional stress. It is facing fears. It is ripping off the band-aid that has been covering the wound, exposing the raw pain and limping around for the world to see until it eventually heals. It is courage.

4. It is giving your children a better life and example of love. Kids duplicate the relationship they see between both parents. They do not duplicate the love which each parent showers on them. This is why so many people go out and duplicate the past from generation to generation. Divorce is painful to children. There is absolutely no way around that. However, what is the better option? Is it breaking out of a bad relationship, the temporary pain that accompanies it and building an awareness to the type of love children deserve? Or is it showing them a relationship that lacks love, respect, honesty and emotional health and pushes them towards that for their future?

5. Individuals are the commodity, being a couple should add to worth and not devalue it. A large part of the shame comes from no longer being a part of a whole that was a part of the community. It is individuality that is the treasure. It is perfectly okay to be a party of one and not a party of two. This is not the Ark and Noah is not herding into the boat. It is somewhat ironic that children seem to accept diversity far better than the adults who fear it. It is okay to be different from the crowd. It is okay to be one.

The world understands that continual growth and evolution is both human and admirable. It is individuals aspiring to become better versions of families and themselves.

The world understands that the dinosaurs, the Flintstones and the 1950’s called, they want their prehistoric stereotypes back – they don’t belong here. 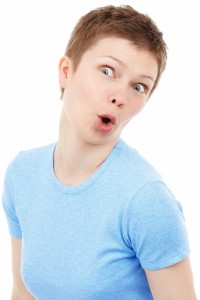 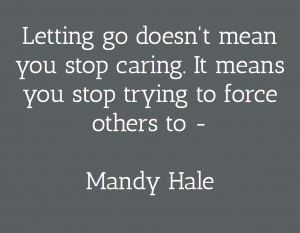