Has Your Relationship Somehow Repeated Your Past?

I was nineteen when I met my husband. One night while we were walking the streets of Scranton, Pennsylvania, I made an announcement. I told him that if he was serous about me that he needed to know I was serious about one thing – and if he ever brought that one thing into our lives that would be the day that I walked out the door.

It amazes me to look back because I was so independent and sassy back then. The traits I borrowed from my single mother. I was young and I actually had boundaries then. I wouldn’t let people hurt or mistreat me.

Fast forward and we are many years into our marriage. My husband forgets that cold, mountain evening of long ago. Either that or it matters not to him a boundary that was so important to me that if crossed it would be a relationship deal breaker.

He brazenly resurrects my childhood fear. He makes current the Achilles heel of my past that I never wanted to live with again or see repeated.

It was my undoing. Or shall I say, it was my temporary undoing.

When my husband unleashed that feared behavior, he unearthed a weakness in me that I hadn’t known existed. Prior to that, I realized I had an intolerance, but I really didn’t understand the antiquated bruises below my surface.

In the next five years, I put up with this bad behavior. I limped through life. I would put my lipstick on, bandage my secret and walk out the door.

The problem is I am a writer. A communicator. A talker. It’s how I process things.

I hid his secret. Why? Other than the fact, that I am an enabler? He had never done this before. I thought he deserved protection. How silly of me. He never thought I deserved as much.

So people didn’t really know what I was living with. Even the open writer in me didn’t want to talk about it. Even now I speak in cloaked innuendos rather than addressing it specifically because a part of me still doesn’t want to say it out loud. Does it matter?

I think anyone who has something painful in their past that they don’t want to recreate in their present understands. It could be divorce, affairs, drinking, abandonment, gambling or the host of bad behaviors that adults are capable of. They want it to stay in the past. They want to do better than the generation before them.

Reliving this childhood pain was taking me down. I had spent years thinking I was doing a good job. That I had avoided it. I was so unhappy. I took so much blame. I kept berating myself asking why I was so stuck? Why I wasn’t the same happy me? I shake my head to believe I ever did that especially since it was another that wasn’t himself. It was another that was stuck. It was another’s secret not mine. I just held it for him.

I wish I had been someone that could conceal my pain. I did in the beginning. The lipstick and bandaid stayed on for hours, days, weeks, months and even a few years. The longer the pain stayed the more my lipstick rubbed off and the bandaid popped.

A friend once told me that it wasn’t just the communicator in me that exposed my marital problems. She said that I didn’t have multiple moods. I was continually happy and rarely without a big smile on my face. She said that’s why it could never have been hidden. I didn’t do sad. So it was obvious even in silence that something was wrong.

One day during a walk with two of my friends tears cast steadily down my cheeks.

“How could you be after all you have been through these past years?” says my friend.

What a relief. She still recognized me despite the pain I was slobbered with. She didn’t assign me blame.

I’m guilty of loving someone so much that I stayed even when he made my greatest fear come true.

I think that means he made out quite well twenty-seven years ago when we said, “I do.” 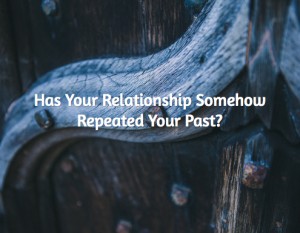