Hanukkah is over, but there’s still light to be found 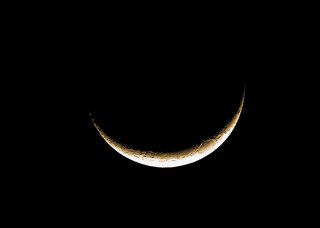 Have you had a chance to look up at the night sky recently? You may have, since it seems to be getting dark at about, say, noon these days. The new moon emerged a few days ago, as it does every year just before Chanukah comes to a close. After the blaze of the eighth night has burned every last candle in the box and the menorah has been packed away until next year, the moon starts growing. And growing.

As I drove home from work, a sliver of white smiled down on me. The new-ish moon always reminds me of the Cheshire cat, the feline from Alice in Wonderland who disappeared gradually until nothing was left but his grin. But since it’s below freezing, I ran into the house without letting my gaze linger on the sky for very long. But I should have stayed. I have should have watched. I could use some grinning moonlight about now. Couldn’t you?
The rabbis understood, deep down, that we all need a little moonlight fix once in a while. So they instituted the ritual of Kiddush Levanah, a blessing over the moon. It’s not your ordinary, nose in the siddur kind of blessing. This is a go outside at night, when the moon is three days old (or more), and jump up at the moon. Really. (Or at least go up on your toes in its general direction.) Then say a blessing. And then walk around and greet your friends and neighbors with a handshake and a shalom aleichem. At least three times. It sounds almost like a spell, doesn’t it? (Apparently, at the Lubavitch Headquarters in Brooklyn they gather a band and dance in the streets after Kiddush Levana each month.)
The blessing is typically recited after havdallah on a Saturday night. I have a fantasy about organizing a potluck and a community moondance, but for this week, I’m going to just try to get my girls outside to look at the glowing moon and say thank you to God. And maybe some jumping and shaking and dancing for good measure. Because it sure is getting dark around here.
The Hebrew text of the Kiddush Levana ceremony can be found here. For those of you who want to try an abbreviated version, here’s my Reader’s Digest Condensed Version:
1) Look at the moon
2) Recite the following:
“Praised are you, O Lord our God, King of the Universe, who created (bara’) the skies with his word, and all heaven’s host with the breath of his mouth. He gave them appointed times and roles, and they never miss their cues, doing their creator’s (konam) bidding with gladness and joy. He is the true creator (po’el) who acts faithfully, and he has told the moon to renew itself. It is a beautiful crown for the people carried by God from birth (Israel), who will likewise be renewed in the future in order to proclaim the beauty of their creator (yotsram) for his glorious majesty. Praised are you, O Lord, who renews new moons.”
3) Rise on your toes or jump at the moon three times.
4) Say “Shalom Aleichem” to three people, who should reply “Aleichem Shalom”
5) Dance wildly
Let me know if you try it!
read next post 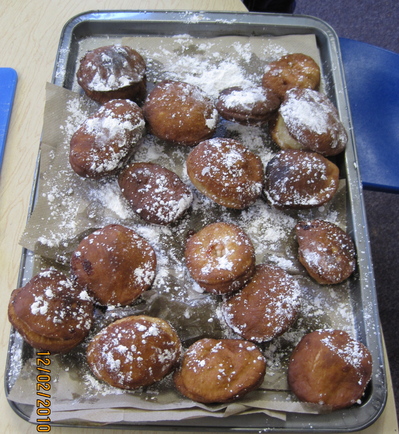