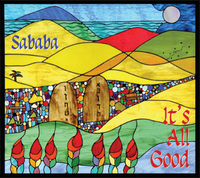 My level of religious observance has gone through many phases. I was raised in a minimally observant, but highly Jewishly identified, home. I went to Orthodox day school, Labor Zionist sleepover camp, and a Conservative synagogue, followed by a mostly non-Jewish all girls prep school, so I suppose it’s no surprise that it took me a while to find my own path.

As I’ve blogged about before, for a period of several years, while I lived in New York City, I was strictly shomeret shabbat. I didn’t use electricity, didn’t cook, didn’t write, didn’t sort (really!)….let’s just say, there were a lot of “didn’ts”. But there were also a lot of wonderful “dids.” I did have two or three long, wonderful shabbat meals with friends each week, I did learn a lot of Torah, and I did feel as if I were floating above space and time for a 25 hour period.
Several moves, one or two crises of faith, and a marriage to a non-Jewish husband later, I’m no longer so strictly observant. But that doesn’t mean that shabbat isn’t a terribly important part of our lives. I still have some don’ts – I don’t shop, and I don’t use my computer (or should I say I’m trying really, really, hard to not use my computer and if shabbat didn’t end so late on Saturday these days I think I would be very successful.) However, I don’t have as many dos, or at least not as many compelling dos. We do bake challah, we do have a special family dinner with all the traditional blessings, and we do often go to the kiddush lunch at our shul on Saturday afternoon. But, no longer part of a community of Jews hosting three long, wonderful meals, I’ve been looking for other shabbat activities that my family will enjoy and are true to our definition of shabbat as a special day of thanks and rest.
This past Friday, just about an hour before we were going to leave for a shabbat potluck dinner, I saw a post on Facebook that the Jewish music group Sababa was leading a service a few towns away. While we almost never go to Friday night services (or Saturday services, for that matter. Remember? We’re homeshuling….) I piled the girls in the car and drove down to someone else’s shul, for an entirely different kind of shul experience.
I must admit, that I didn’t expect to like Sababa. I’m really not fond of most contemporary Jewish music (check out this post if you want to see me at my snarkiest.) I’m much more likely to listen to Townes Van Zandt singing about dying prostitutes than cheerful Jews, or Christians for that matter, crooning about loving God. These songs tend to make me feel kind of, well, embarrassed. (I don’t have the same reaction to old gospel tunes, but that’s a topic for another post.)
But, I totally made the right choice driving down to Sababa’s service. The experience was just short of exhilarating. Not only were they really good musicians, but the music was woven almost seamlessly into the service. Rather than performing, they invited everyone to join in, and more importantly they made everyone want to join in. (Did I mention that’s another thing I  find embarrassing? When musicians try to get you to sing along, but no one wants to.) I wouldn’t want every Shabbat service to be like this, but I love showing my daughters that services can be like this.
So, now I’m embarrassing myself, and certainly my daughters, all over town, because I can’t stop singing the title track of Sababa’s new cd “It’s All Good.” I’ll admit, I still can’t quite handle all the lyrics – I prefer my liturgical music in Hebrew which I think preserves the complexity of statements of faith rather than turning them into twee rhyming slogans (and, of course, allows me to flat out ignore the meaning if I want.)  But I love hearing my kids sing along with these songs. And they are definitely songs that make them want to sing along. Who could complain about that?
read next post 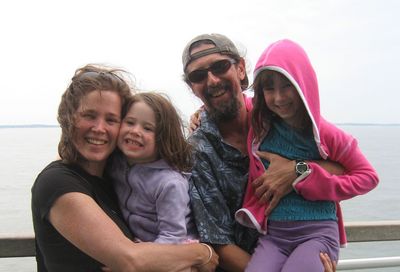 Homeshuling, or, Jewish parenting in the comfort of your own home
archives most recent
More from Beliefnet and our partners
previous posts