How the Bible Changes Everything 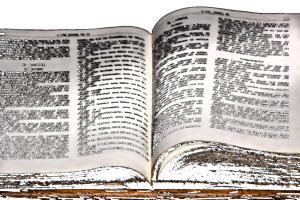 Recently, I came across an interesting article at the UK publication,  The Week.  The article is part of its 52 Ideas that Changed the World series.  #3 on the list is Christianity.

52 ideas that changed the world – 3. Christianity

The article is simple. It’s the kind of article on Christianity you might have found in an old encyclopedia. (In fact, the article references the Encyclopedia Britannica!)

Separating the forest from the trees

I like the article because is presents a simple overview of the history of Christianity. Maybe oversimplified, but simple works here. With so many competing issues in the Christian church today, it’s easy to lose sight of the forest for the trees. This article encourages you to look at the forest.

What struck me is the fact that every 500 years, there has been a major shift or schism within the faith:

Now, on or about the year 2,000, are we due for another titanic upheaval?  With declining interest in organized Christianity in this country today, it seems like something needs to give.

The challenges we face today

As I see it, Christianity in the US faces three principal challenges and myriad of micro-challenges. The big three are:

I think all three are leading to a profound sense of alienation. And interestingly, all three are Bible based. The Bible continues to be both used and abused, for good and ill. And right now, it’s on the receiving end of most of the blame.

The article references the Encyclopedia Britannica regarding the third point: “Throughout history, the Bible has been used to justify racism, misogyny and other forms of prejudice, and at its worst, the Church has actively acted “in collusion with tribalistic nationalisms (e.g., the ‘German Christians” and Nazism’)”.

Of course, the church is not always at its worst. Most often it is at its very best. And the Bible has played a leading role. Again, from the article  “…the King James Bible was “crucial” in bringing about everything from Western democracy to the civil rights movement.”

There are those who reject the Bible and all of religion because the Bible has been invoked for malevolent purposes.  There are those who claim that what they choose to read into and out of the Bible is invariably righteous. Both may be misguided. The article quotes the U.S. theologian H. Richard Niebuhr in observing, “…the many-sided debate about the relations of Christianity and civilization… is as confused as it is many-sided”.

Finding ourselves again in the Bible

I think we may be due for a change. That change could include a different conception of what it means to be “Bible-based.”  For the reformation that may have meant that ultimate authority rests in the Bible, not with the church hierarchy. Bible-based may have come to mean an understanding that a “literal” reading of scripture is not only authoritative, but exclusive.

Whatever the larger shift over the next 500 years, I think Christianity is most likely to be revitalized by an understanding that:

If we read the Bible aloud and simply listen to the voices of those in the Bible who have had and are sharing this experience, that might be simply divine and truly Christian. 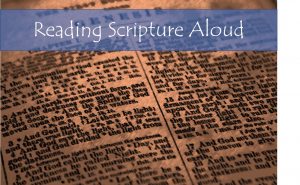 But What Does it all Mean???
archives most recent
More from Beliefnet and our partners
previous posts