“The X-Factor” premieres and I’m totally sucked in

By Joanne Brokaw
http://www.youtube.com/watch?v=dYPTS_39I8g&feature=channel_video_title
One of the best stories of the first night, Chris Rene

My editor asked if I was going to watch Simon Cowell’s new show, “The X Factor” and then blog about it. Since I already started watching “The Sing Off”, I said  probably not. One singing show a season is more than enough for me.

“Just watch the first five minutes,” he suggested, “and then you can write about how it sucks.”

The problem, of course, is that I love Simon Cowell, and I love Simon with Paula Abdul, so I knew that the show wouldn’t suck. So if I watch five minutes I’m committed to the entire season – which ends just before Christmas.

Of course, I’m hooked. Darn you, Stephen the editor. I knew this was going to happen.

One the surface, “The X Factor” is another “American Idol”, except the rules are expanded to let singers as young as 12 compete, and there’s no cap on the age limit. In addition, soloists, duos, and groups can perform. Adding to the fun, the auditions happen before a live audience so there’s an added element of energy. On the line is a $5 million recording contract with Sony Records; the winner also will appear in a Pepsi commercial to air during next year’s Super Bowl.

All of which means there are more opportunities to hear great performers, crappy performers, and for Simon Cowell to be … well, Simon.

The judges for the show: Simon, Paula, record executive L.A. Reid, and UK recording star Cheryl Cole for the Los Angeles auditions, replaced in Seattle by Pussycat Doll’s Nicole Scherzinger. Show host is Steve Jones. The panel of judges is a perfect mix; I love Cheryl Cole, and I think L.A. Reid brings some great industry expertise. He and Simon really balance each other out, and the two woman are great together. I don’t know about Nicole; I really, really liked Cheryl. She seemed very natural and down to earth.

The show, of course, pulls you right in with the first contestant, 13-year-old Rachel Crow. The 8th grader tells the judges she needs the $5 million because there are six people in her family, and they live in a two bedroom house. “I’m a girl. I need my own  bathroom,” she jokes. Singing “Mercy” by Duffy, she is just so darn cute. I mean, cute cute cute. If you could bottle that cuteness and energy, Simon could make so much money he’d never have to  create another television show again. (Wait. If she wins, that’s kind of what will happen.  But I digress.)

So adorable little Rachel Crow is the show’s first contestant through to the next round.

Tyrrell Carter, 36, a native of Buffalo, NY now living in Los Angeles got Cheryl Cole to make the first unintended sexual innuendo when she told the handsome, buff singer that he’s got “the package”.

The first weirdo of the season is Siamese Floyd, an arrogant 30-year-old hotel performer who may or may not have talent. It’s hard to tell since he sang very little and danced quite a bit, all of which oddly caused the judges to compare him to Prince, call him fascinating, and move him through to the next round.

The first duo of the show is husband and wife Dan and Venita; he’s 70 years young, she’s 83. If they won the $5 million they’d tour the country playing senior centers. They didn’t get through to the next round, although they got high marks for spirit.

There are egos aplenty, including 21-year-old Simone Battle who dreams of “millions of screaming fans who want me to sign their baby”.  As she takes the stage and banters with the judges, Simon whispers that she’s annoying. Unfortunately, they also think she can sing. Well, everyone but L.A. thinks that, which brings us to the first disagreement of the season.

Yay! Aren’t you excited? Simon has a worthy opponent for battle!

L.A. said Simone left him “underwhelmed”, so Simon has her sing another song. She does have a nice voice, and while the other three judges fall over her, I get what L.A. is saying. Her ego shines through. And if there’s one thing America doesn’t need, it’s another snotty, bratty pop star.

The Los Angeles auditions end with Stacy Francis, a 42-year-old single mom who has been told she’s too old. She tells the judges, “I don’t want to die with this music in me, Simon.” This is why this competition will be so fun; she’s great singer, and she brings a lifetime of experience to her music. When she sang “Natural Woman”, you believed it.

The next hour of the show moved to Seattle, where the auditions opened with a 43-year-old blogger named Geo Godly who has the honor of being the first contestant to make Paula actually throw up. Godly sang some ridiculous song he wrote and dropped his pants midway through the tune. It was so horrifying Paula actually left the judges table and went into the bathroom and barfed.

What a freaking great show! (OK, that was meant to be sarcastic. Sorry.)

The first group to make it through is The Answer, three guys from Salt Lake City, UT. They have that boy band look and sound, and the judges loved them.

There’s an ego in every city, and in Seattle is was Nici Collins, who was without a doubt the worst singer of the entire two-hours. In fact, the judges questioned if maybe she was dared to sing as a joke. Yes, it was a joke.

But there are always the feel-good stories that make shows like this great, like 20-year-old Marcus Canty. His mother gave him two years to pursue his musical dreams, at the end of which he needs to get a degree. He’s nearing the end of that two years. Good thing this boy can sing, because this is going to be his big chance. He belted out “I Wish” by Stevie Wonder. It was fun, funky, and super fantastic. L.A. Reid compared him to Bobby Brown.

Twenty-eight-year old Chris Rene brought the best story of the night. Fresh out of rehab and 70 days clean, this trash collector sang an original song he calls “Young Homie”. It was great, he was great, it’s a great story. The judges made him agree that if they put him through he was going to stay clean, and he agreed.

And thus ends the first two hours of Simon Cowell’s new show, “The X Factor.” The verdict? This is like when “American Idol” was great, back before it got weird and trashy. You can’t beat Simon and Paula, L.A. is great, and while I loved Cheryl, I think I can learn to love Nicole. At least she’s not Kara DioGuardi. 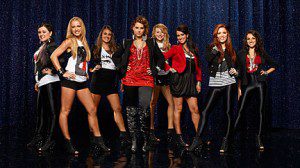