According to an Associated Press story, the Army is investigating a complaint that troops at Ft. Eustis Army base were punished for not attending a Christian concert that took place in May.

The concert by Christian rockers BarlowGirl was part of the “Commanding General’s Spiritual Fitness Concerts.”
According to the AP report, a staff sergeant told the soldiers they could choose whether to attend the concert or remain in their barracks.
“Instead of being released to our personal time, we were locked down,” said Pvt. Anthony Smith, who was stationed in Virginia for nearly seven months for helicopter electrician training. They were told not to use their cell phones or personal computers and ordered to clean up the barracks. “It seemed very much like a punishment.”
The Military Religious Freedom Foundation received the complaint from soldiers. The group’s president, Mikey Weinstein, called the situation “egregious, unconstitutional religious tyranny.”

I’m all for Christian bands performing for troops. God and America have gone hand in hand throughout our history, regardless of how anyone wants to spin it.
Having said that, not choosing God and America also go hand in hand. Because in America, you have the right to choose whom and how you do – or don’t – worship.

So if a Christian band – or any other religious artist of any faith – wants to perform on a military base, and troops who would find that spiritually enriching want to attend, I say have at it.
But in the same vein, if troops don’t want to attend, they shouldn’t be punished.
I don’t know that I’d call it “religious tyranny”, but then again I don’t live in a military culture so I have no idea what kind of pressure or repercussions there are for troops in this situation.
And just so we’re clear: I’m sure BarlowGirl had no idea their performance would cause a controversy. They don’t hide their faith, so whoever booked them surely knew what the girls were about, musically and spiritually.
So what do you think? Should the soliders have been punished for not attending the BarlowGirl concert? And is having a Christian rock band perform on the base religious proselytizing?
read next post 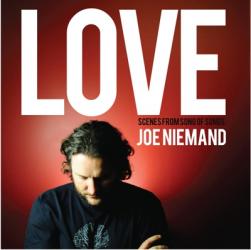