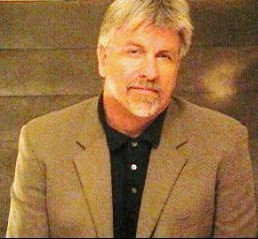 Christian music lost a pioneer this week when Dana Key passed away suddenly on Sunday, June 6 from a ruptured pulmonary embolism. He was 56.
As part of the Christian rock duo DeGarmo and Key, Dana Key was at the forefront of Christian rock in the 70s and 80s (the pair would later go on to found Forefront Records). While still in high school, DeGarmo and Key formed the band Globe, which was signed to Hi Records, a subisidiary of London Records.

In 1972, Eddie DeGarmo attended a show by early Christian artist Dallas Holm, responded to an altar call and committing his life to following Jesus. Eventually Dana Key followed his friend into the Christian faith and the two decided to leave the music business.
But after hearing Larry Norman’s music the pair realized they could couple their evangelistic hearts with their love for music, and formed one of Christian music’s early rock acts, signing first with Pat Boone’s Lamb and Lion label before moving to the Benson imprint, Power Disks.
in 1995, Key helped found Ardent Records, going on to produce projects for artists like Big Tent Revival, Smalltown Poets, Todd Agnew and Skillet, and was also an executive producer on all Ardent label releases through 2002.
Todd Agnew, who Dana Key signed to Ardent, said on his blog about Key and Agnew learned from him:

“Dana was a mentor and role model to me. There’s no way I can capture what I learned here in a hotel typing on my phone. I wish I had recorded it all and could put it in a book for you: Wisdom from one Christian Generation to the Next. But I can’t.”

Since 2002, Key has served as the head pastor of The Love of Christ Church in Memphis, TN.
A Memorial service for Dana Key will be held:
Thursday June 10th at 1pm
Woodland Hills Event Center (TLC Church)
10000 Woodland Hills Dr.
Cordova, TN, 38018.
Flowers may also be sent to this address.
If you would like to make a financial contribution to the memorial fund, please send to:
TLC Church – Dana Key Family
4199 Pheasant Hill Cove N
Lakeland TN, 38002
You can learn more about Dana Key and Ardent Records on the label’s website.
RELATED POST:
Christian music trivia: In 1985, which Christian rock act’s video was banned from MTV for allegedly being too violent?