And the winner of American Idol season 9 is: Lee Dewyze! 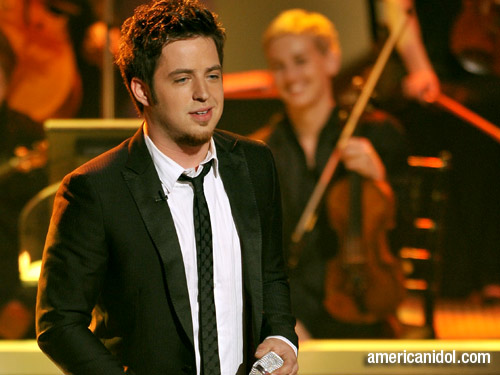 Keep reading for the recap of the live Idol finale, including Simon Cowell’s last show:
Get ready Idol fans! Tonight is the night you’ve been waiting for for months. Last night, Lee Dewyze and Crystal Bowersox both sang their hearts out, and to their fans, both are winners. But tonight, either one will take home the title of American Idol.
And after nine seasons, it’s also the last time we’ll see Simon Cowell at the judges’ table. It promises to be an exciting two hours!
Ryan opens the show with the news that only 2% of the vote from last night separated the contestants. That doesn’t surprise me.
In Toledo, OH, Crystal’s fan made some big noise for the live video from Huntington Center, and in Mt. Prospect, IL, Lee fans are on the Village Green whooping it up.

Lee and Crystal are dressed in prep school outfits, and they join the rest of the Top 12 for a round of “School’s Out”, with a special guest appearance from Alice Cooper (who, by the way, is a Christian; just some random trivia).
During the break, feel free to check out Brittany Keener’s Twitter page; she’s at the finale and tweeting. http://twitter.com/blkeener.
Kris Allen performs as we come back to the show; I’m sorry. I love him. LOVE him. And while I know Adam has a huge fan following, it’s clear why Kris won last year, just from the perspective of which would appeal to a broader commercial audience.
Ryan reminds us that this is the end of an era – as he talks, Simon hands him a breath mint. Roll the video retrospective of classic Simon moments – the sarcasm, the laughter, the irritation at Paula.
Siobhan Magnus and Aaron Kelly perform a duet of “How Deep Is Your Love” and it’s really very good … segue to The Bee Gees. Well just two, Barry and Robin; for those who forget, Maurice passed away suddenly in 2003. Siobhan and Aaron join them. Cut to the audience; Idol alum, including Jordan Sparks in a sparkly gown, singing away with the song.