Last night the Top 9 contestants on American Idol performed the songs of Lennon and McCartney, and tonight we see which contestant is going home.
It’ll be a tough one, because for the most part everyone did really well. Who knew?
We’ll also see performances from Rihanna, David Archuleta, and Jason Derulo. Join me here live at 9 PM for the results!
The show opens with a montage of clips from last night, and a warning from Ryan to “prepare yourself for a surprise or two.” Oh great. Last time he said that Alex Lambert and Lilly Scott went home.
He adds that the producers have told him that that there are “shocking results” tonight – I don’t even want to speculate.

Ryan talks about the Idol Gives Back show in two weeks, and some auction items from the judges.
The Top 9 come out to perform a Beatles’ medley featuring solos from all of the contestants. It’s so obvious that they’re lip synching. But it’s still cute. Very Glee. Randy should like it.
Cue the Ford commercial, and now let’s get to the results. The vibe onstage is varied – from nerves to Tim’s eternal optimism.
Ryan starts with Siobhan Magnus, in the middle of the top row. She is so beautiful; I don’t know if people really notice that because she’s often being goofy. Ryan calls her to the center of the stage. OK, it’s doing to be one of those nights.
Ryan calls on Crystal Bowersox next, and has her join Siobhan at center stage.
Katie Stevens is next, and she joins Crystal and Siobhan. Ryan asks Randy if he thinks one of them should be going home, and he says no. Ryan tells Crystal she’s safe, and sends her back to her seat. Then Ryan tells them both they’re safe. Oh brother, that was a total waste of time and energy.

So we know the bottom three are guys. We find out who after Jason Derulo performs.
Ryan tells everyone that Adam Lambert will be next week’s guest mentor and Katie’s mouth opens; she didn’t know and she’s very excited.
So Jason Derulo … more crappy singing, bouncing dancers (at least they’re dressed), and boring, predictable, repetitive music. He’s one of Kara’s finds. She says he’s an incredible songwriter and singer and dancer. Even Simon loved it. Really? I don’t get it. It’s the same old crap. Sorry.
Before we get results, we get David Archuleta. Thank you! David at the piano, no slinky half dressed girls. Just Archie and “Imagine”. So lovely. He tells Ryan he’s working on his next album and he’s just so happy and cute.
On to results. The six guys are left and Ryan is going to put them into two groups.
First up is Lee Dewyze, who talks about confidence. Ryan has him go to the far side of the stage.
Michael Lynche is up next and Ryan has him stand closer to Ryan. Which means that one of them is in the bottom three.
Casey James is up next; he goes to stand with Lee. OK, I think Mike is the bottom three group.
Aaron Kelly is up next. Totally random: I found out tonight he’s from the town next to my dad in PA. I guess his hometown has phone banks set up to do some major block voting for him every week, with space and phones donated by the local hardware store. Ryan has him stand with Big Mike.
Tim Urban is next, looking very much like he did last night. Ryan has him stand with Lee and Casey. He seems a little confused.
Andrew Garcia is last and he goes into Big Mike’s group.
The surprise for me would be if Lee’s group was the bottom three. I would expect Aaron and Andrew to be in the bottom three, and while I love Big Mike I wouldn’t be surprised if that’s where he fell.
Ryan asks Ellen which group she thinks is the bottom three, and she says based on performances it’s the Mike, Aaron, Andrew group. And she’s right. So why is that a shock?
Ryan sends Aaron Kelly back – he’s safe, no surprise. To me, anyway. So either Andrew or Big Mike is going home. My guess would be Andrew. We’ll find out soon enough.
Big Mike and Andrew are sitting on their stools awaiting their fate – Big Mike has a bitter look on his face – while Rihanna brings us more crappy, sexually charged, annoying music.
Let’s talk about Big Mike instead. He looks really ticked off about being in the bottom two. I know everyone loves him, and he’s a great singer. But I’ve never thought he was going all the way. I still think it’s Andrew going home tonight. Although if the producers think tonight’s results will be shocking, it might be Big Mike.
You know what would be really great? If the whole stage lost power right now and we didn’t have to listen to this Rihanna crap any more. Ryan could give us the final results by flashlight.
And who’s going home? Big Mike. Is that a shocker? I’m not shocked. I mean, someone has to go home, right? Don’t get me wrong; he’s got a great voice and he’ll be fine. In fact, getting voted off might be a great thing for him. I think contract-wise it frees him up sooner to go record an album. He’s still on the tour, he’s got a nationwide – maybe worldwide – fan base. This has been a great experience for him.
Here’s the big question: will the judges save him? He’s singing “Woman’s Work,” which was a performance the judges loved. There’s debate at the judges’ table; Randy is shaking his head no, Simon says it’s frustrating because they all wish he’d sung like that last night. And the judges’ unanimous decision is to save Big Mike.
That’s good; last season the save kept Matt Giraud in the competition a little longer, so Big Mike will have that same opportunity. Good for him.
We’re at the point in the competition where the person going home isn’t necessarily going home because they’re bad. They just had the least votes. I mean, someone is the last one on the list. That’s just the way it is.
So next week we have a big show. Guest mentor Adam Lambert, and two contestants will go home. Should be interesting!
RELATED POSTS
American Idol season 9 auditions and recaps – complete list of posts 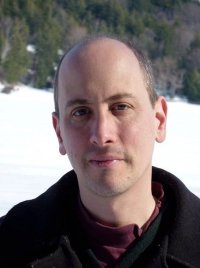