American Idol: A behind the scenes, in person recap of the Top 10 Guys & Girls results show

Last night, America watched on televsion as Jermaine Sellers, John Park, Haeley Vaughn and Michelle Delamor were sent home on American Idol.
Gospel Soundcheck reader Brittany Keener, who is also the assistant editor and office manger for the Christian Examiner newspapers, won tickets to last night’s performance. She and her sister Karalee got a front row seat to the show – figuratively speaking – and give us a first person recap of what we saw – and didn’t get to see – last night on American Idol.
And there are a few surprises!

This is American Idol!
by Brittany Keener, assistant editor/office manager, Christian Examiner
Possibly one of the greatest days of my life… 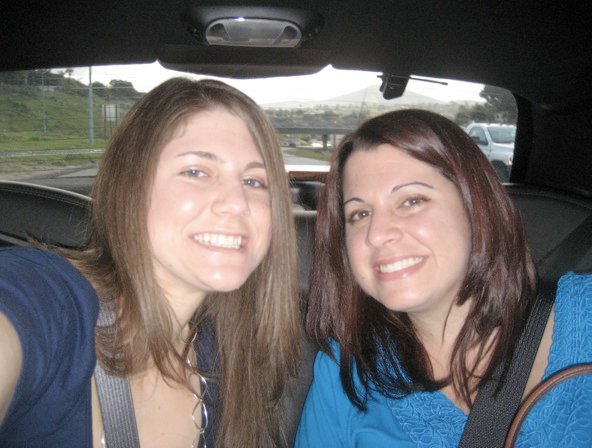 For those of you who do not know, I won Danny Gokey’s new CD from KSON 97.3 in San Diego. This last Monday I was placed in a drawing to win tickets to his appearance on American Idol that Thursday. Sure enough, Danny Gokey announced me as the winner! I received a limo ride to and from LA [photo right] and two tickets to sit in the audience during the result’s taping.
I will admit I spent most of the day with butterflies in my stomach and probably could have had an “Alex Lambert” moment. I was a bit anxious! So excuse these few moments while I pretend I am a 12 year-old teenager and not 24.
It is hard to put in words what last night was like. Oh, how I wish I had my camera to capture the moments that will soon fade. It was surreal and I woke up this morning wondering if I was really there, except my DVR reminds me that I was.