Rocketown and secular bands: some thoughts from the other side of the issue

My story this week about Rocketown’s booking what might be considered “satanic” bands has caused more than a little discussion about when ministries cross the lines to reach out to kids.
I’ve been to Rocketown, and it really is a fantastic facility; but I also understand why people question the whole “we’re a Christian ministry but we book satanic bands to reach out to kids” mentality.
I got an email today from Nashville writer Tracy Moore, who wrote a great story about Rocketown for Nashville Scene in 2007.
In the article, Moore offers a glimpse into why Rocketown books shows like the upcoming Black Dahlia Murder, Toxic Holocaust, Skeletonwitch, and Trap Them show:

“Christian bands are not going to bring the kids we want to minister to,” says Ben Cissell, pastor at Rocketown and former drummer for Audio Adrenaline, in the 2007 article. “We’re called to do shows and minister to kids that churches can’t reach … We bring in those bands so we can show these kids what Rocketown is, show them our programs, and build relationships with these kids. So sometimes we cross that boundary.”

In her email, Moore told me that at first she too questioned the whole Christian club booking mainstream bands.
“But spending time there with Cissell and the kids there,” she wrote, “I realized that not only is it an overwhelmingly decent place, that it makes sense to reach out to kids on their terms, in their world, with the challenges they really face. Anything else is going to be a kind of antiseptic facsimile. I saw them really try to engage kids about the actual world those kids know. And they pretty much use those shows as teaching moments and mentoring moments.”
She agrees that there’s a point where you can cross the line, but talking about Rocketown, she adds, “I think they do a pretty good job hovering right where they should.”
If you’ve never been to Rocketown, Moore’s article, while a few years old, will give you a very good sense of what a night at the club might be like. You can judge for yourself whether or not Rocketown’s ministry allows them to reach out to kids who might slip through the cracks otherwise.

There are not right or wrong answers on this. I do think, though, that it’s worth discussing, buy not to criticize. It’s important that we pray for ministries where God may not have called us, but also hold each other accountable. Discussing issues like this helps us keep (or adjust) our perspective.
RELATED POSTS:
Rocketown’s Black Dahlia Murder Show: give me your recaps of the show!
The Rocketown controversy gets spotlight by News 2 in Nashville
Christian club Rocketown plays host to night of ‘satanic’ rock
Rocketown and secular bands: some thoughts from the other side of the issue
VIDEO: Rocketown’s 2009 fundraising campaign
Click here to subscribe to Gospel Soundcheck by email and have the Gospel Soundcheck headlines delivered daily to your email inbox. And don’t forget to follow me on Twitter! 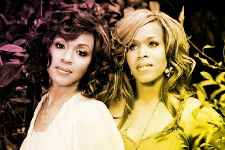