It opened in downtown Nashville as a nightclub for teens, and now Club Rocketown is hosting a show with satanic mainstream bands on the bill.

Rocketown was founded in 1994 by Michael W. Smith in Franklin, TN and in 2002, found a new home in downtown Nashville. The venue is part nightclub, part coffeehouse, and part activities center, complete with an indoor skate park. Christian bands play music, teens can dance under the disco ball, and there are even weekly Bible studies in the coffeehouse, rounding out the club’s mission: to share “Christ’s love with youth through creative programs and mentoring relationships that are culturally relevant and eternally significant.”

But some fans of the club are questioning why Rocketown is hosting a night of hardcore satanic metal on October 27th, with a line up that includes The Black Dahlia Murder, Toxic Holocaust, Skeltonwitch, and Trap Them.

Understand that this isn’t a commentary on the style of music; drums, guitars and amps can’t be Christian or non-Christian. And if you like music with the message those bands are sharing, go for it.

But the bands that are playing do subscribe to a worldview that I think even they might agree conflict with Rocketown’s mission, which is to share Christ.

For example, one of the bands, Toxic Holocaust, says in their bio that they have a “deadly fixation on the evil in man and a post-apocalyptic world” and their songs are “unforgettable anthems that could be the soundtrack to civil unrest in a post-apocalyptic world gone mad.” That might explain their song “Nuke The Cross.”
And check out the lyrics to the song “Black Valor,” from another band on the bill,

“Join us! Black valor’s on our side / Striking with satanic force we’ll crust their fabled Christ … We march upon the enemy with hate, with hate / On this day of victory christian blood will soak these battlefields”

It seems to be quite a contradiction in mission for Rocketown, to be asking kids to come to hear about Christ, and then giving them a line up of bands who hate Christians. Especially when the Rocketown website is full of references to ministry and Christ. It can send a mixed message that the club endorses the acts that perform there.
Keith Mohr, founder of Indieheaven.com, a resource for indie musicians that help them grow both creatively and spiritually, agrees.

“I was shocked and appalled to see Rocketown booking hard core satanic bands for shows,” Mohr told me via email. “I thought their mission was to be a positive influence for youth? Opening their doors to groups who are blatantly against Christ and His church in my opinion, condones their message. Yes, we are to be in the world, but bringing in wolves to feed sheep to isn’t exactly what that scripture meant.”

His message to the club? “Take a stand Rocketown, there are plenty of hard core bands of Christians with songs you can’t understand what they are screaming about out there, but at least they are believers in Christ!”

When I called Rocketown for comment, the executive director wasn’t in; I spoke with an employee who doesn’t work in the entertainment part of the club, but was able to give me some general information about the club. She told me, for example, that Rocketown predominantly books non-Christian bands, and that the club has a huge hard core following.
She also said that the club cautions parents to make sure they research the bands their kids are coming to see since not everyone on the bill is a Christian act.

The Rocketown website doesn’t offer any disclaimers about non-Christian bands performing at the club, though. It does warn about not drinking, not fighting, not crowd surfing and dancing at your own risk. But if you didn’t know that the bands listed weren’t Christian, you’d probably assume, given all fo the Christian references on the site, that the bands are Christian, too.

Mohr is just one of many who think that Rocketown needs to disclose the fact more publicly that the club books not just non-Christian bands, but bands with messages completely contrary to Christianity.

Especially when Rocketown is asking for donations from Christians to support the ministry.

The club is holding the Rally for Rocketown fundraiser on October 20, 2009, for example, with Super Bowl-winning coach Tony Dungy as the keynote speaker, and appearances by Titans’ coach Jeff Fisher, Vince Gill and Martina McBride. This isn’t some rinky-dinky Sunday morning walk for charity. The highest sponsorship spot went for $25,000; individual tickets range from $50 to $250.

Sure, some Christian clubs lease out their facilities to non-Christian events. Club 3 Degrees in Minneapolis rents the facility for private parties and weddings; but their booking site explains, “We are a Christian venue that is dedicated to spreading the gospel of Jesus. We are blessed to provide bands the opportunity to reach people through music and share their testimonies from stage.”

Rocketown hosting these kinds of mainstream bands while asking for donations to support their ministry would be like Focus on the Family leasing out their auditorium for an Amy Winehouse concert. Can you imagine the uproar from Focus supporters?

But what do you think? Can a Christian ministry play host to bands with a message contrary to the gospel?

I’ll keep you updated on the story. I have a call in to the club’s executive director to get some more information about the club’s booking policies; I hadn’t heard back by press time. And I’ve also contacted one of the bands on the bill to see how they feel about playing at a club with a mission to share Christ.

UPDATE 10/14/09: Here are some thoughts from the other side of the issue and a glimpse inside a night at Rocketown

RELATED POSTS:
Rocketown’s Black Dahlia Murder Show: give me your recaps of the show!
The Rocketown controversy gets spotlight by News 2 in Nashville
Christian club Rocketown plays host to night of ‘satanic’ rock

Rocketown and secular bands: some thoughts from the other side of the issue
VIDEO: Rocketown’s 2009 fundraising campaign 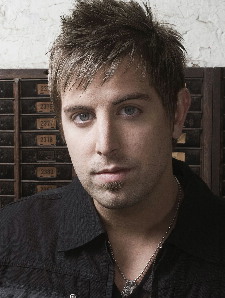