Was The American Idol Result Really A “Gay vs Christian” Thing? Hardly.

Much has been made over the last few days about the surprise upset on season 8 of American Idol, when the aw, shucks guy next door Kris Allen beat out glam rocker Adam Lambert for the title of American Idol.

It was a surprise only if you weren’t reading this blog.I called Kris Allen the winner back in April, before anyone even thought he’d make it to the top 5. But it wasn’t the faith angle – or homophobia, or gays voting against Christians and not having enough power to push their contestant to a win – that propelled him to a win. It was musical preference.

Don’t get me wrong. I think Adam Lambert is wildly talented, and I noticed his big voice way back in Hollywood week. Kris Allen? Not so much, probably because he was rarely featured in the audition clips. (Was he even featured at all?)

And it was clear that the judges were gunning for an Adam Lambert win, Simon Cowell even going so far as to tell viewers to vote for Lambert.

But I’m a girl who knows a good radio hit; I grew up on bubble gum pop, from Donny Osmond to Shaun Cassidy to – well, think every hit pop song of the 70s. And while my musical tastes have grown … a bit … it doesn’t take a masters’ degree in music to recognize which of those two final contestants was likely to put out more radio friendly music.

The truth is that many, many Christians didn’t even know that Kris Allen was a Christian. While his home church, New Life Church in Conway, Arkansas, started the season with weekly watching parties, they eventually teamed up with the city of Conway for weekly Idol celebrations.

Think about it: if Christians really were voting only for Christian contestants, why were the Christians voted off? Why did Allison and Adam even stick around to the top 5, with 6 worship leaders or Christian artists in the top 13?

Gokey had a compelling personal story that resounded in the hearts of many viewers, regardless of their religion. But as the season progressed, my readers, at least, started to voice some annoyance at the constant reminders about his dead wife. It was starting to seem exploitive.

And vocally, while Gokey is a great singer, he didn’t have the ability to interpret a song the way Allen does.

Kris Allen and Adam Lambert are at opposite ends of the musical spectrum (just look at the clip I’ve featured here). It’s James Taylor vs. Aerosmith. While you can like both, if you were going to plop down hard earned money, you likely probably prefer one over the other. And that’s who you voted for.

I like Adam Lambert. I think the guy has a long career ahead of him. But I didn’t vote for him because I really don’t love his style of music. Kris Allen? Love that kind of music, which is why you’ll see my favorite CDs are likely to be John Mayer or Norah Jones. It doesn’t mean I don’t like rock; I love rock. But while I’ve just about worn out Daughtry’s album, there isn’t any Kiss or Rolling Stones anywhere.

Besides, I firmly believe that if the final two had been Danny Gokey and Adam Lambert, Lambert would have won hands down.

That it came down to Lambert and Allen simply meant that people were voting for the end of the spectrum they preferred: classic rock and guyliner or the guy next door with a guitar.

For those who continue to question whether faith or homophobia factored in, I’d just suggest that perhaps they’re just looking for the argument du jour, and when some other pop culture non-issue arises that they can latch on to and spin into a gay vs. Christian thing, they’ll move on from this one.

For another view of the gay vs. Christian Idol discussion, check out Rod Dreher’s Crunchy Con blog.Click here to subscribe to Gospel Soundcheck by email and have the Gospel Soundcheck headlines delivered daily to your email inbox. And don’t forget to follow me on Twitter!

RELATED POSTS
American Idol Finale: And The Winner Is? Blogging Live Tonight!
American Idol Winner Prediction – I’m Going Out On A Limb With Kris Allen
American Idol’s Kris Allen and Adam Lambert Final Performances Tonight – Blogging Live
http://blog.beliefnet.com/gospelsoundcheck/2009/05/american-idol-top-3—my-predi.html
4 Reasons Why There Are So Many Christian Contestants On American Idol
American Idol: Is This The Season of the Worship Leader? 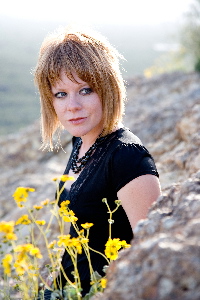 Cooking With Christian Music: Smoothie Recipe From Mariah Secrest
archives most recent
More from Beliefnet and our partners
previous posts