MTV Features Gospel Soundcheck In A Story on American Idol

Gil Kaufman, a writer for MTV, interviewed me this week for a story he was doing about American Idol and what seems like an unusual number of Christian artists in this season’s competition.

I’ve been covering the Christian angle of the show since it premiered this season, and it looks like I’m not the only one noticing the number of worship leaders on the show. It’s the second interview this week I’ve given on the topic.
In both cases, I talked about how, despite Simon’s snarky comments, American Idol has pretty much been family entertainment, and the fact that there are so many Christians on the show really resonates with Christian viewers. I mean, remember Fox’s Next Great American Band? The fan-voting driven contest put two blatantly evangelical acts – Denver and the Mile High Orchestra and The Clark Brothers – in the top 3 finalists, and The Clark Brothers walked away with first place. Christians watch American Idol, and I’m sure the producers notice.
Check out Kaufman’s article; he did a great job, and I learned that R.J. Helton came out of the closet. I didn’t know that. I love R.J. We met at GMA a few years ago and bonded.
And be sure to check out my coverage of American Idol, including my live blogs. I’ll be blogging live tomorrow when the remaining Top 11 perform.
LINKS TO AMERICAN IDOL POSTS 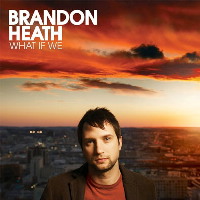