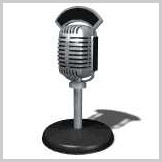 The Gospel Music Association (GMA) announced the finalists for the 2009 GMA/Christian Music Broadcasters (CMB) Radio Station of the Year.
The radio station awards are designed to publicly acknowledge those Christian radio stations that meet the highest standards of quality and have the strongest impact on their listening areas. Awards are given to major, large, medium and small market stations. The winners in each market category are determined by a panel of judges who review the following areas – community involvement, ratings, air-check and industry leadership:

The 2008 winners were KLRC – Fayetteville, Ark. for Small Market; KTSY – Boise, Id. for Medium Market; WPOZ – Orlando, Fla. for Large Market and KSBJ – Houston for Major Market.
RELATED POSTS
Radio and Record’s Most Played Christian Songs of 2008Contemporary Christian radio second most popular music format in USAre you an average Christian radio listener?
Get the Gospel Soundcheck headlines delivered daily to your email inbox. Just sign up for the RSS feed by going to the “Subscribe” box on the right hand side of this blog and entering your email address. And follow me on Twitter!
read next post 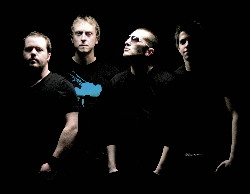