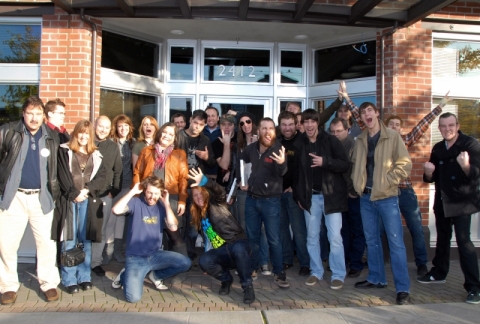 On November 10, the folks at Tooth & Nail and the guys in the band Underoath spent the day making dreams come true for Jonathan Stewart, a young adult who suffers from osteosarcoma, a malignant form of bone cancer.
Stewart had been granted the opportunity to have his wish come true through the Make-A-Wish foundation, which grants the wishes of children with life-threatening medical conditions to enrich the human experience with hope, strength and joy. Stewart’s wish included spending time at the rock niche label Tooth & Nail Records and attending Underoath’s sold-out concert at Seattle’s Showbox as a VIP guest.

“We are honored that John would choose Tooth & Nail and Underoath for his wish,” says label president Brandon Ebel. “It was a very special day for our staff and the band. John and his family are very humble, down to earth people. He listened to brand new mixes from MxPx, played the video game Rock Band with Underoath, recorded a podcast with myself and The Almost, and was there when Underoath was presented their new box sets. John and his family will be in our prayers.”
Stewart had a tour of the Tooth & Nail offices and spent time at Compound Studios with renowned producer Aaron Sprinkle, Project 86’s Randy Torres and some of the guys from Underoath and Demon Hunter.
Underoath’s Chris Dudley says that while in the studio, they did a little recording. Stewart “played guitar, his brother played drums, I sang, Spencer played guitar. It was one of our favorite days on tour, just because it’s crazy for us to think that someone who is hooked up with Make-A-Wish would have their wish to be able to hang out with us for the day.”
“I chose Tooth & Nail because they fit my style of music and beliefs, and they produce some of my favorite bands,” Stewart says. “Ultimately, I would like to be signed by them or a company like them.” 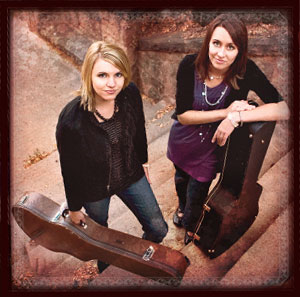