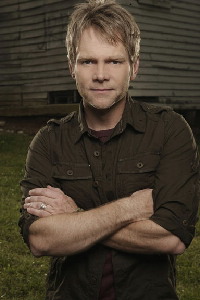 Nominations were announced yesterday for Beliefnet’s 8th Annual Most Inspiring Person of the Year Award, and on the list is Christian music icon Steven Curtis Chapman.
The nomination is an annual recognition by Beliefnet readers and editors of noteworthy humanitarian actions that inspire and encourage us all to live better lives. The Most Inspiring Person of the Year Award is bestowed upon someone who has risen above expectations. He or she may have countered stereotypes and demonstrated courage, forgiveness, self-sacrifice or love under difficult and challenging circumstances.
Voting began yesterday; readers can vote once a day through December 5th.
Chapman and his family suffered a tragic loss this past May when their youngest adopted daughter, Maria, was accidentally run over in the family’s driveway by their oldest son, Will.

In the midst of their obvious grief, the family responded with characteristic faith and grace, taking the opportunity to speak publicily about God, Christ and their faith on shows like “Larry King Live” and “Good Morning America” and in a feature story in People magazine.
The family encouraged concerned fans to make donations to Shaohannah’s Hope, the organization the Chapman’s found to give financial assistance to families wanting to adopt children. More than half a million dollars was donated to the organization.
Beliefnet nominated Chapman for “His courage in the face of personal loss balanced by a reliance on God serves as a model for millions of people around the world. Chapman is a tireless advocate for underprivileged children and Christian relief.”
The other nominees include:
Greensburg, Kansas Superintendent of Schools Darin Headrick, who spearheaded efforts to get the school up and running immediately in the wake of a tornado that destroyed 95% of the town. “His environmentally-friendly ‘Green’ schools gave students and families hope and a reason to stay and grow with the new community they pledged to build.”

Olympic medalist Dara Torres, who at age 41 took home three silver medals, for “her instinctive and selfless gesture to help a competitor that stopped the clock seconds before race.”
Actress Christina Applegate, crusader for breast cancer awareness who, as a breast cancer survivor herself, “continues to inspire and motivate others to join the fight against this deadly disease.”
Dr. Jill Bolte Taylor, the doctor who spent her life studying the human brain only to suffer a massive stroke herself. “As she watched her own brain deteriorate she reached a profound level of spirituality that eventually inspired her to change the course of her life and share new knowledge with the world.”
Sudanese Dr. Halima Bashir, whose memoir relates her story of brutal punishment “for medically treating the injured and then declaiming the rape and torture of young girls who are being traumatized by government-backed rapists in Darfur. Her breathtaking life story and passionate commitment to speaking out against violence on behalf of those who cannot fight for themselves has inspired millions.”
Master Sgt. William “Spanky” Gibsonm the 19-year-old Marine who returned to battle with aprosthetic leg after after doctors amputated his leg above the knee as a result of a combat injury. “Master Sgt. Gibson refused whole-heartedly to think of himself as disabled. ‘Born to be a Marine,’ Gibson retrained with gusto and returned to battle.”
“Last Lecture” professor Randy Pausch, “who recently passed away after a brave journey through pancreatic cancer showed the importance of living each day well–even when facing death–and to never give up on your dreams.”
Academy Award Winner and generous humanitarian, Paul Newman, whose “Hole in the Wall Gang Camps for seriously ill children give hundreds of thousands of kids an opportunity to laugh, play and enjoy the fresh air, green grass and sunshine.”
The dozens of Nebraska and Iowa Boy Scouts who, while attending a weeklong leadership training session, “rallied into action without missing a beat when a devastating tornado ripped through their remote western Iowa campsite. Courageously, the boys overcame fear and panic to rescue their friends and community members and assist the injured.”
For complete profiles and to cast your daily vote, visit Beliefnet.com. Remember, voting ends December 5. Beliefnet’s Most Inspiring Person for 2008 will be announced on December 10th.
RELATED POSTS
Chapman Family Suffers Tragic Loss
Steven Curtis Chapman and family on Good Morning America, Larry King Live, and in People Magazine
Steven Curtis Chapman and family in this week’s People magazine, links to Larry King and GMA interviews
Steven Curtis Chapman performs live on The Early Show; to appear on Fox & Friends
Shaohannah’s Hope grateful for donations in honor of Maria Chapman 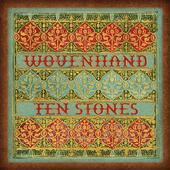 Have you heard of Woven Hand?
archives most recent
More from Beliefnet and our partners
previous posts