Focus on the Family ceases publication of teen magazines Brio, Brio and Beyond, and Breakway 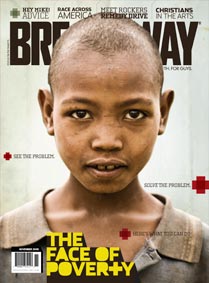 I got word this week that Focus on the Family will be ceasing publication of their teen magazines Brio, Brio and Beyond, and Breakaway. The last issues will be February 09.
A friend who works at one of the magazines told me that the Focus on the Family board approved a massive budget cut and the magazines were the victims. Focus is hoping that another ministry will pick up the magazines and keep them alive, either in print or online. But it’ll probably be too late for employees, who are done in January.

I’m not surprised to hear they’re folding. CCM Magazine ceased print publication earlier this year, and with the rising costs of printing and mailing, coupled with falling ad revenue and more online users, many print publications, from magazines to newspapers, are feeling the crunch. What is a shame is that Brio, Brio and Beyond, and Breakaway offered teens a high quality magazine with content relevent to a young Christian life. I don’t know where they’re going to find pop culture news, life stories and advice, and info about Christian music artists now. Tiger Beat? BOP? POPStar? TMZ.com?
From the comments I get when I post anything about the Jonas Brothers, I think they’re already burning up those mags anyway.
UPDATE: Brio creator and editor Susie Shellenberger launches new magazine for girls.
Visit Beliefnet’s Christian music blog, Gospel Soundcheck, daily for the latest news on your favorite Christian music artists as well as mainstream artists with ties to Christian music.