1) It’s the economy, but it’s also just the nature of the business.
“In the business sense, Christian music is economically disadvantaged even in the best of times, something that Christian music fans might not realize,” says John Styll, President and CEO of the Gospel Music Association. “Since most [Christian] radio airplay is on non-commercial stations, which pay a fraction of what commercial stations pay in royalties, our songwriters receive far less income than those in other genres.”
Every time a song is played on the radio, the artist gets paid a royalty. Since non-commercial radio pays smaller royalties than commercial, artists are always making less money than their mainstream counterparts, even if they have the same airtime.
And non-commerical radio has less money to work with. If you listen to Christian radio long enough, you’ll hear the phrase “listener-supported radio.” That means your donations are what keeps the station on the air. Where commercial radio stations rely on advertising revenue to keep them on the air, most Christian stations generate their income from you, the listener. Let’s just say that non-commercial radio stations work with much smaller budgets than commercial radio, and when people cut back in their personal giving, Christian radio feels the effects.

2) Christian music needs to look like mainstream music, but do it without the same budgets.
“Artists on tour are expected to deliver a high level of production to an audience that is not willing to pay ticket prices that approximate those for shows in other genres with similar levels of production,” Styll explains.
Madonna’s upcoming show at Madison Square Garden, lists ticket prices from $64.50 to $354.50. Believe it or not, people do pay that much to see mainstream artists.
Tickets for the upcoming Jonas Brothers show at the San Diego Sports Arena are a much more reasonable $40-$80. That’s comparable to tickets for Christian music’s hottest act, Casting Crowns, upcoming show at Christian Heritage Church in Tallahassee, FL, where ticket prices range from $25 to $60.
The difference? The San Diego Sports Arena seats a lot more people than the Christian Heritage Church. More tickets sold means more income generated, which covers more of the bells and whistles needed to put on a first class show.
“The problem,” Styll explains, “is transportation, sound, lights, etc., cost the same. Thus their margins are pinched. Now, with the extremely high cost of fuel, it is even more economically challenging for gospel artists.”
And don’t forget that artists like Casting Crowns also do ministry shows. The band is also playing a show in October in Lucedale, MS, where tickets are just $10-$15. (I can’t remember the last time Madonna played a show where tickets where $10.) Gas costs for Jonas Brothers or Madonna tour bus costs the same amount as a Casting Crowns tour bus. But at the end of the trip, the mainstream artists have more money to cover those costs.
3) Music piracy is like stealing from an artist’s pocket.
“Not only do we feel the effects of the economy and the public’s lack of confidence in it, but we also have continued to struggle with music piracy – people downloading music without paying for it,” says Styll. “And, make no mistake about it…. piracy is ravaging gospel music at a similar level as mainstream music.”
What’s the big deal with downloading music you didn’t pay for, or sharing music with your friends?
First, the artist only makes money once he’s recouped the money the label loaned them for recording, touring, etc. Since an artist gets maybe $1 for each CD sold at a retail outlet (actual store or digital store), it takes a long time to recoup $50,000 or $100,000. And if they don’t recoup those costs from the first album, it’s taken from the next album. The artist only sees money from those sales after they’ve recouped.
Second, an artist’s success is determined by how many units he’s sold at retail – either in store or digital. If you buy a CD (either in store or online) and then give it away illegally to 1,000 of your friends, the artist still only gets credit for selling one CD. And record labels like to keep artists that are selling a lot of CDs, not so much artists who give away a lot of music.
Before you get upset about “greedy record labels,” remember this: the music industry is a business. There are costs associated with recording and touring and promoting. Yes, the artist sometimes gets the shorter end of the stick in the deal, but if the industry isn’t making money, no one is making records. And remember, the whole rich rock star image is just a myth. Very few artists get rich; in fact, the vast majority barely make enough to make ends meet.
What does it all means for Christian music?
“Well, some in our community, who are faced with tightening budgets, may be inclined to back off from their involvement with GMA,” says Styll, “but the truth is, it is more important than ever for us to come together as a community to find the solutions to the challenges that we collectively and individually face.”
“And,” he adds, “the real opportunity in this very difficult season is for gospel music to provide the hope and inspiration our culture so desperately needs.”
To learn more about the Gospel Music Association, visit the GMA website.
RELATED POSTS
My interview with Paul Baloches busts the myth of the millionare musician 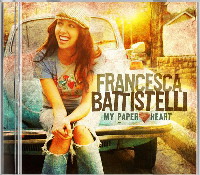