Fourth of July: God’s Place in American History and Now

I’ve always been fascinated with 18th Century American history. The ideas and actions of the men and women who molded the early days of this country were a diverse group, hailing from different backgrounds and social levels, as well as various locations and parts of the American experience. But from north to south, east to west, each carried on a lively discussion of the rights of man and the place of God in their individual lives and in the life of the new nation.

Yes, God had a prime place in the founding of the United States.

This is not to say that each founding father or mother believed the same thing about God. Jefferson’s God was somewhat borne from Scripture, but also from the ideas of the Enlightenment, where God was less of an everyday mover among men and women’s lives. Franklin wrestled with God, and landed somewhere in the “deist” camp, where his God set the world in motion and then sat back to see how things unfolded. John and Abigail Adams and others could be seen as more “religious” as well as spiritual. And throughout the Colonies, others practiced their various faiths or had their own beliefs about the Supreme Being – God.

Yet, as diverse as the beliefs were, one thing stands out in the writings and documents from 18th Century American politics, particularly from those that set the foundation for our system today:  God was present. Yes, from the Declaration of Independence onward, God had a very public place at the table.

Today, there are powerful voices who insist that God has no place in the public square. From legal disputes to personal diatribes against religion, these conversations seem to me woefully one-sided and ill-informed.  Did the Founders believe that the United States needed a “state religion?” No. Did they bring God into the debate and discussion, relying on the “Creator” as a source from which the rights they fought for flowed? Yes!

The struggle against British sovereignty sprung from a complex  weaving of economic, political, social and spiritual elements. The Colonies were being bled economically, and this created extreme tension. That they were increasingly denied political presence in the decision-making process in London augmented that tension. Distance and years of fiercely determined activity to settle the rugged American landscape resulted in social and personal individualists who developed into a people far removed from their British, Dutch, and other forebears. This people who had experienced all that the New World offered chafed against the notion that the King was directly divine, the spiritual and political force that should mold their destiny.

If we ignore the place that God had in early American life and how belief has since inspirred generations of Americans since to be courageous, generous, and strong for their families, communities and country in a very public way, we are not rewriting history – we are falsifying it.  Religious liberty is a crucial component to the American experience. Always has been, and always will. The spiritual underpinnings, as individual as they might be, connect us all as “one nation, under God.”

A blessed Fourth of July to you! 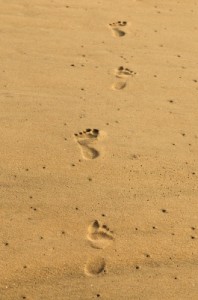