Why the economic recovery isn’t real and who’s to blame?

The political parties want us to blame Obama or Bush. The want us to demonize Donkeys and Elephants.   The real problem is much much deeper. The face of our real problem belongs to a man named John Keynes.    His philosophy has brainwashed families, marriages, and economic “sense” for the past one hundred years.  His wisdom is not only wrong historically, but is in complete opposition to the Bible’s practical teaching on money.   Check out these links.   1)  Americans fear another great depression. 2)  Economy falters.  3) Debt default is playing with fire.

We Overspend Our Way To Slavery, Not Prosperity

Our grandparents told us things like, “Don’t spend more than you make” and “Save some money for a rainy day.” Too often, we ignored them both individually and as a nation. What was the result? Pressure. We feel the pressure of financial obligation creeping into the things we love the most. It begins to hurt our families and our health. The ulcers from worry combined with that last fight with our spouse over the pile of bills eats away the joy of our love. We know how we got here. No one needs to spell it out. We spent too much. We bought a house, a car, and a television that cost more than our paycheck would allow. Our eyes were bigger than our checkbook. Now we are trying to pay our bills while still making payments with interest on stuff we bought two Christmases ago. Many are still paying credit card bills for stuff that broke or was sold at a garage sale long ago. We overspent our way to slavery, not prosperity!

What is the solution? Pay the consumer credit, get out of debt, and stop spending so much. Right? But not if you are John Keynes. While the Bible warns that we overspend our way to slavery, not prosperity, Keynes tries to flip this around. He tells us that if you are in debt… If you are in trouble… spend and borrow more. He believed you could spend your way to prosperity. Here is another troubling quote from his bizarre-worldview of finance:

“Before his death, Lord Keynes had spoken his mind about those sterling debts: ‘If you owe your bank manager a thousand pounds, you are at his mercy. If you owe him a million pounds, he is at your mercy.’”

You see what he is saying? If you have spent more than you can afford and the bank is breathing down your neck, you need to spend and borrow a lot more. He is saying that if you can borrow millions instead of thousands, the lender will be at your mercy. This is utter nonsense! You are broke and worse than broke! You are enslaved to debt. Going deeper into debt doesn’t make you more prosperous. It makes you more broke, more indebted, and more enslaved. Your assets are worthless because you have bills and debt that outweigh your assets. You can’t pay your debts, nor do you even have any hope of paying them off in your lifetime. This is not the path to prosperity; it’s the path to slavery. God gives us some counter-wisdom.

Romans 13:8 Owe no one anything except to love one another, for he who loves another has fulfilled the law.

The Bible challenges us to owe no one anything. This is the path to both emotional and financial freedom. The Bible describes how reality works. It gives us economic laws that function as surely as the law of gravity. Whether we believe these principles or not is actually irrelevant. Today, many say things like, “I don’t believe in absolute truth,” or “I don’t believe in a God who actually appeared in history,” or “I don’t think there are economic laws that anyone can really know absolutely.”

Though our culture and modern enlightenment might have bought into the belief that there are no absolute truths, reality teaches us otherwise. I might like to think of myself as 6’6, 220 pounds, with a face like George Clooney, but reality reveals the truth. My beliefs do not change reality. Reality just…is.  I may say, “I believe the best way to diet is to eat ice cream and Twinkies and never exercise.” I may firmly and sincerely believe that to be true, but the reality is quite different. In the same manner, the facts show us that we don’t change God’s laws when we break them or choose to ignore them; but that’s often when we discover them! This economic principle, “You overspend your way to slavery, not prosperity” is true whether we believe it or not. God says it this way:

The Borrower is Servant to the Lender

Proverbs 22:7 Just as the rich rule the poor, so the borrower is servant to the lender. 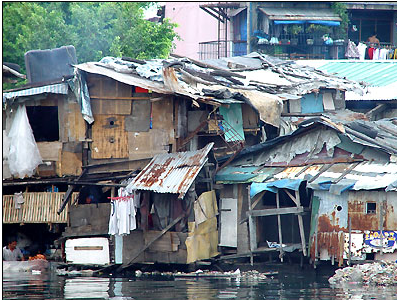 God's Overwhelming Strength In Tragedy: How grace plus capitalism changed a little girl forever
archives most recent
More from Beliefnet and our partners
previous posts