Generosity to Strangers: Muslims, Christians, and Jews, OH My. 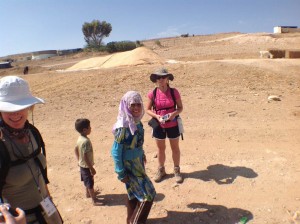 While in Israel, my wife and I visited a Bedouin village.  This Muslim family lives in Israel and their 15 year old is proudly training for the Israeli army.   I was shocked that Muslims served in the Israeli army.  Perhaps I shouldn’t be shocked, but I assumed as an American watching the news that

Muslims and Jewish people all hated each other.   I was pleasantly surprised at the cooperation and common love for the freedom of Israel shared by this Muslim family.

Our tour guy, Ray Vanderlaan, and another tour guide, who serves in the ISraeli army spoke about the untold story of the cooperation in Israel of people of differing faiths and their common love for the free nation of Israel.

Further this family spoke of the freedom the government of Israeli had brought to their family. 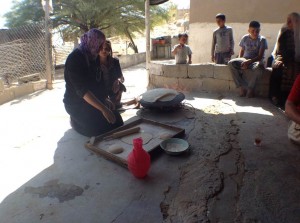 They had experienced liberty, prosperity, and generosity from others.   They were still poor by Americans standards, but loved the opportunity to serve others: even Christians Americans.  It was an honor for them to give what little they had.  In fact, my wife and I sat with 58 others as this Muslim family served us what little food and honey tea they had joyfully.   One of the teen girls had the honor of preparing our food before us. IN contrast to American customs of “hiding the preparation” for meals, they prepared, cooked, mixed, and made the food right before us.   To the right is the fire they made to cook the pitas. 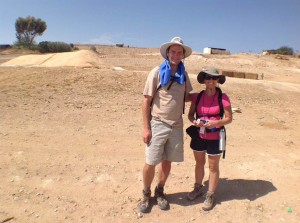 The children had never seen a magician or juggler. I was able to share my gifts with them as they laughed and continued to ask me to “do it again” in sign language.   We loved the opportunity to be generous and to receive generosity despite our cultural and religious differences. 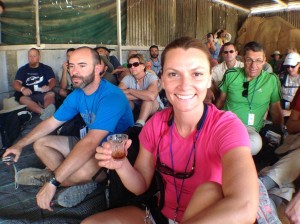 The cooked the pita before us and poured us tea with honey.   The tea was delicious. My wife is pictured to the right drinking her tea with the group.   What a wonderful experience.   The Eastern way of life sees generosity to the stranger as an honor, not a burden.

Godonomics is about experiencing liberty, prosperity, and generosity to all  (even those of differing faiths or no faith).