The following generations decided to build a tower to heaven instead of trusting God. This monument to themselves was a tangible example of their continued rebelliousness. (Archaeologists have found evidence of this kind of tower, which they call a ziggurat.) The people refused to spread out and enjoy the new world God had provided for them. In defiance of God’s desire for mankind to fill the Earth, the following generation decided to stay in one place and build a tower to heaven. This blatant disregard for God’s command was evidence of mankind’s arrogance. In response to their pride, God confused their language, scattering them over the entire Earth and putting limits on how far mankind’s pride could take them. 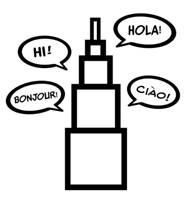 Prior to this, everyone on Earth spoke the same language. God invented new languages and assigned them to different groups in the city. The builders could no longer talk with one another. People began to “babble” in different languages. This place was called the Tower of Babel. As a result of this Divine intervention, people groups with similar languages banded together and spread out all over the world.

Mankind continued to trust in its own destructive (and unproductive) habits, rather than God. Even though there were many different societies living in different places, they all eventually stopped trusting. Despite their pride, God still loved His children dearly and decided to come down to the country of Ur to speak to a man named Terah. He and his family were worshiping other gods, and God spoke to Terah’s son, Abram (who would later be renamed Abraham.) He made a promise to Abraham, “If you trust Me, leave your family’s gods, and go to a new land, I will bless you in three ways: I’ll give you a family, a land flowing with milk and honey, and a promise that a Forgiver will come from your family line to bless the world.” Abraham trusted God … some of the time. His story began, like those before him, with rebellion. 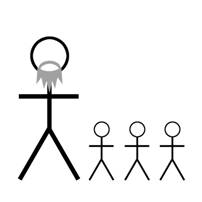 God told him to leave without his extended family; but Abraham disobeyed and took his nephew Lot with him, which caused numerous problems over the next few years. Abraham tried to trust God for a family, but his wife was barren. After years of waiting, Abraham and his wife impatiently decided to “help God out.” Abraham decided to have a child with Hagar, an Egyptian woman. Hagar was a servant of Sarah who joined them when Abraham lied twice to the Egyptian Pharaoh a
few years earlier. Hagar had a son with Abraham, and he was named Ishmael. Abraham’s manipulation of the situation was not what God would have called trusting Him.

Many more years passed. God reiterated through His angels that this old couple, now approaching their 100th birthdays, would have their own son. They laughed, they waited, and then they were shocked. Sarah got pregnant in her old age and decided to name her son Isaac, meaning laughter. They realized they could – and should – trust God to provide, even when His solutions took longer than they expected. God reminded Abraham about His promises. At last, Abraham believed God and was given a right standing by God. Joy filled the home upon Isaac’s birth.

A few years later, God asked Abraham to sacrifice this long-awaited son as a test of faith. Abraham trusted God, placed his son on a mountaintop altar, and prepared to sacrifice him. God was pleased with Abraham’s trust and offered a ram as a scapegoat in the shrubbery to take Isaac’s place. God never wants children sacrificed, and specifically condemns the practice throughout the Bible.  So why did He give us an “almost” sacrifice of a child? This was a foreshadowing of the future Forgiver — the Messiah and Son of God, who would be sacrificed for mankind and serve as scapegoat for mankind’s moral failures. God also asked Abraham to circumcise his descendents as a sign of their trust in God as Promise Keeper and Righteousness-Giver. God told Isaac to trust Him for the great promises He made to his father. Isaac grew up, married, and had children of his own: twins named Jacob and Esau. Jacob was the younger of the two by mere minutes. 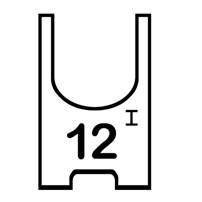 (Think of Jacob wearing a wrestling uniform with an embroidered letter “L.” His name means “L”iar or deceiver.) He used deception to get his way, rather than trusting God. He wrestled his brother into giving up his birthright with a bowl of food. Jacob wrestled the blessing from Isaac during his father’s last hours by pretending to be Esau. The elder brother became furious and tried to kill him. Jacob ran off to another land to visit a relative, Laban, who was another renowned liar and wrestler. Jacob wanted to marry Laban’s daughter, Rachel, so the man made him a deal. “You work for me for seven years; then you can marry Rachel.” Seven years later, Laban deceived Jacob and gave his older daughter, Leah, to him instead. Now Jacob felt the sting of deception and lying. He worked for seven more years to marry Rachel, and decided to turn from his deceitful ways and finally trust His heavenly Father. God came down to Earth as an angel and “wrestled” Jacob all night long, urging him to stop lying his way through life. God wanted Jacob to turn from his wrestling, lying, and manipulation and fully trust. Jacob agreed, and his name was changed from changed from “L”iar to “I”srael. With the new name, Jacob/Israel reconciled with his brother Esau and started down a new path of trust. Jacob and his two wives had twelve sons, which would later be known as the twelve tribes of Israel. (That’s why Jacob’s wrestling number is “12.”)

Here is a live teaching of Fast Track: Genesis-Exodus 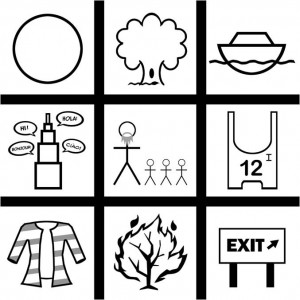 Fast Track: Read the Bible in One Month (Part 1 of 24)
archives most recent
More from Beliefnet and our partners
previous posts