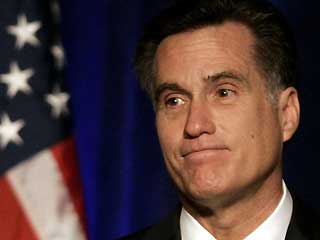 Was Mitt Romney’s Mormonism a factor in the failure of his candidacy? Definitely. Was it the factor? That’s less clear.
For all his fundraising success, organizational superiority, and obvious qualifications, Romney was beset with a number of big hurdles throughout his campaign, including his 11th-hour conversion on abortion and gay rights, an overly slick manner, and the rise of a Baptist minister who greatly complicated his effort to win major support from the evangelical movement.

On the question of how much Romney succeeded in overcoming resistance in the electorate to voting for a Mormon, “the polls are mostly inconclusive, but there is some evidence that the skepticism toward Mormons went down,” said John Green, a scholar with the Pew Forum on Religion and Public Life. “It was never a majority of people who expressed skepticism of a Mormon candidate, more like 35-percent. It was a problem but not necessarily disabling.”
Among evangelicals, a constituency that Romney began courting even before declaring his candidacy, Green notes that Romney actually won in Michigan and that he split the evangelical vote with Huckabee and McCain in last week’s Florida primary. But in a handful of evangelical-heavy Southern states—home the nation’s highest concentration of Southern Baptists, and where evangelicals are less accustomed to supporting candidates of other faiths than their counterparts in Florida or Michigan—Romney was roundly defeated by the vastly underfunded Mike Huckabee in the Super Tuesday primaries.
An advisor to the Romney campaign says that Mormonism was a big issue, but that Huckabee was a bigger one. “I heard from people that he did not have conservative record and the Mormonism, I never stopped hearing about that,” the advisor said. “But if Huckabee would have dropped out earlier, we’d have a horserace going on. He divided the vote.”
At the same time, Romney’s Mormonism and Huckabee’s rise probably have a lot to do with each other. Would Huckabee have risen as strongly as he did, almost entirely on the strength of evangelical support, if evangelicals were less disinclined to support a Mormon?
And if Romney runs again in 2012, as campaigns aides are promising, will opposition from the GOP’s evangelical base be substantially reduced? “If a Democrat wins in ’08 and Romney runs in 2012, he’ll have been introduced and he will have inoculated himself to some degree,” the Romney advisor said. “The Mormon issue would still be there, latent, but it might be less…. I was trying to make it go away, but it’s pretty deep-seated.”