Working with the theory that there hasn’t been nearly enough attention to Mormonism and politics this year, what with it being in the news every single day and all, Randy Balmer and I are co-organizing a scholarly conference on the topic next weekend at Columbia University. Here is a brief description:

With two Mormon candidates for the presidency and the recent unprecedented media attention given to Mormons recently, this conference  will take a broad view of the history of Mormon participation in American political life, from Joseph Smith’s 1844 run for the presidency to the Reed Smoot trials of the early 20th century and to the rise of Ezra Taft Benson during the Eisenhower administration, which ushered in a new era of Mormon identification with the Republican Party.

The conference will take place February 3 and 4 in the university’s International Affairs Building, Room 1501 (420 W 118th St.). It is free and open to the public, but we have limited seating on a first-come, first-served basis, so get there early if you’re planning to come for all or part of it. Below is the schedule of speakers. Every session is in plenary format with two 20- to 25-minute papers.

P.S. Any media inquiries or interview requests should be directed to chriscdtr@gmail.com. 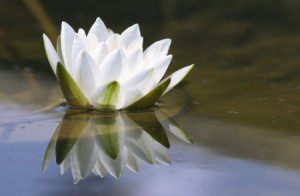