I just found out that my autumn Christian Century story on “The Mormon Moment” was the magazine’s second-most popular article of 2011. But this isn’t because the article was particularly well-written or insightful; it wasn’t. I tried to do too much in too little space, a common problem with the disappearance of long-form journalism. No, the article’s popularity has little to do with the piece’s merits and everything to do with what anxieties keep Protestants awake at night.

There’s not a single story in there about what is going right in mainline Protestantism, but that’s not unusual: the most widely circulated articles and blog posts are always the ones that are most controversial, as I know from sad experience. But it’s interesting that in one way or another, almost every one of these articles is about the fear of Protestant obsolescence.

In some instances it’s obvious, like Amy Frykholm’s outstanding piece (#3) on “loose connections” and the trend toward disaffiliation in American religious life, or Lillian Daniel’s deliciously snarky thoughts on SBNRs (“spiritual but not religious, #1). Tom Long’s take on why men stay away (#5) tackles the perennial issue that a majority of men “feel bored, alienated and disengaged from church.” (His last two paragraphs are amazing. Be sure to read to the end.)

Even the articles that are clearly aimed for clergy — Long again (#9) and Will Willimon on preaching (#4), or Steve Thorngate on the musical “worship wars” that afflict many mainline congregations (#7) — have a bit of an edge to them: if people don’t like the sermons or music, they can and will walk away. If they disagree about homosexuality or same-sex marriage (#6), they can disappear, either drifting into total disaffiliation or flirting with some energetic religious movement that may or may not be a cult (#2).

What’s missing from this list are the kinds of triumphalist pieces that I — perhaps naively — imagine might have filled the Century’s most-popular list in the 1950s (a decade that Frykholm rightly points out represented an aberrative uptick in American religiosity, but there it is). Not one of these articles is about a hyper-successful mainline church that is beating the odds, like the ones featured in Diana Butler Bass’s Christianity for the Rest of Us (the book that helped my husband find his amazing Episcopal congregation in Cincinnati). Not one article is about church growth or widespread cultural impact. There’s nothing here about thriving Christian educational institutions or major endowments (for comparison, check out the headline above of a CC cover of old).

Instead, these are assertions of continuing relevance in a rapidly changing and somewhat bewildering religious landscape. And thank God they are. Mainline Protestantism sits at a crossroads of opportunity, its financial and membership challenges an unprecedented occasion for big-R Reformation. Not being Protestant, I envy that. Necessity will prove the mother of reinvention. 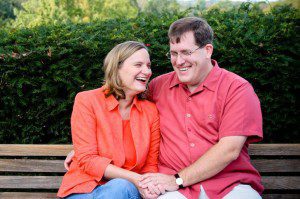