Busy Women, Advent Conspiracies, and the Countdown to Christmas 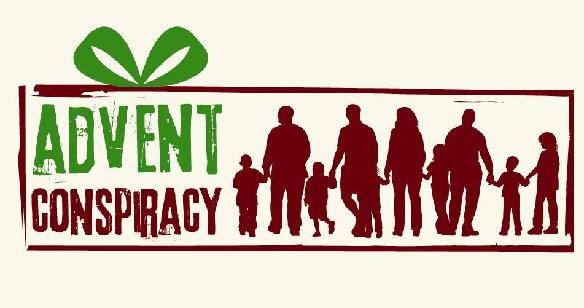 I love this post from Ellen Painter Dollar over at the Introverted Church blog. She hits upon something fundamental about the irony of December: the Advent season encourages us to slow down and embrace silent reflection even as the wider culture eggs us to speed up and get ready for Christmas. This is particularly true of women, who are often the Magicmakers in Chief when it comes to Christmas: making cookies, buying and wrapping gifts, remembering to stuff the right number of pieces of leftover Halloween candy into the kids’ Advent calendar. And so much more.

Dollar takes an unusual approach. Rather than bowing to a conventionally pious assumption that of course Advent spirituality is more important than a commercial Christmas, she dares to privilege the tactile, tangible prep work of the holiday season:

Confession: Every time I come across advice from a fellow Christian urging us to slow down during Advent, I am tempted to do an exaggerated, teenager-ly eye roll. Sometimes I actually do the eye roll. And throw in a heavy sigh for dramatic effect. To me, admonitions to shun holiday season busy-ness in favor of quiet and stillness, while well-intentioned, communicate a willful ignorance of just how much preparatory work even a relatively simple Christmas requires. I assume that most Christians today, unlike the Puritans, think that the birth of our savior merits a celebration. I assume that most Christians enjoy a special Christmas meal, treats made from cherished family recipes, gazing at a twinkling tree in a firelit room, a few thoughtful gifts under that tree, a few more gifts purchased for those who can’t fund their own Christmas, maybe a pageant populated by adorable angels and sheep. I wonder how all that celebrating is supposed to happen if we’re also supposed to spend Advent pruning our to-do lists and slowing down.

The post made me realize that as much as I have cheered on efforts like The Advent Conspiracy and other attempts to help people de-emphasize consumerism in order to have a more spiritually meaningful Christmas, there is sometimes a subtle gender bias to such campaigns. I feel like a chump to pick on the Advent Conspiracy even slightly, because who could argue with its four basic principles: Worship Fully, Spend Less, Give More, Love All?  And who could criticize the fact that this movement has catalyzed people to take some of the money they would have spent on gifts that were intended merely to fulfill social obligations and give it to people who actually need it?

But even The Advent Conspiracy is a movement founded by men — three pastors — and marketed primarily to women. As the primary magic-makers of the holidays, women often make the major financial decisions about those holidays, do the bulk of the planning and prep work, and most of the shopping, cooking, and decorating. A cynic might say that efforts like the Advent Conspiracy, however excellent their motivations and results, offer more examples of men devaluing such work by women. The old stereotypes apply: women are flighty shoppers who need a quiet, godly, sober dose of the scriptures to turn their priorities heavenward.

Both approaches to Christmas are important. Today I’m going to make merry at our office party, and tomorrow I’m going to sit down and take stock of our charitable donations. This year, inspired by the Advent Conspiracy, I am giving more and buying less.  But I won’t compartmentalize Christmas celebrations and Advent spirituality.

For Fans of Children's Fantasy: "The Flint Heart"
archives most recent
More from Beliefnet and our partners
previous posts