This week, the cover story in the Christian Century is one I was asked to write about the “Mormon Moment” in America today, and all the attention given to the LDS faith in the wake of Broadway’s Book of Mormon musical, the presidential runs of Mitt Romney and Jon Huntsman, and the polygamous family of the TLC reality show Sister Wives.

In it, I make the point that sometimes it is difficult for those on the outside of Mormonism to realize just how much change is happening, not just socially in the form of political success or cultural assimilation, but theologically too:

Many of Mormonism’s critics fail to appreciate the ways that Mormon theology has changed through the years, often by way of the guidance that the LDS president claims to receive from God through “continuing revelation.” (The teachings of a previous era are almost never explicitly repudiated, however.) For example, the doctrine that African Americans bear the “curse of Cain” is certainly not LDS doctrine today, though it was in the days of Brigham Young.

Some theological teachings are more opaque. For example, Mormon theology has traditionally dictated that human beings will become gods and that God himself was once human. An apparent disclaimer of this early Mormon teaching came when LDS prophet Gordon B. Hinckley appeared on Larry King Live in 1998 and, when asked whether Mormons believe that God was once a man, answered, “I wouldn’t say that.” He had given similarly vague denials the previous year to reporters from Time and the San Francisco Chronicle.

But what one LDS leader says to the media is not as reliable a gauge of the changing winds of LDS theology as the wording used in the LDS Church’s twice-annual General Conference, when many worldwide Mormon leaders address the faithful by satellite or streaming Internet. In that forum, it’s been rare to hear leaders talk about godhood recently unless they are quoting earlier leaders on the subject—and even that happens less frequently than it used to.

An investigation of the official LDS website confirms this trend. From 2006 to 2011, the word godhood appeared only ten times in official General Conference talks, church magazines and manuals. Of those cases, two quoted former LDS prophet Spencer W. Kimball about human beings becoming gods; one quoted former prophet David O. McKay on the subject; one cited midcentury leader Hugh B. Brown; and two drew from former apostle Marion G. Romney (a cousin of George Romney, Mitt’s father). Two others referred to the “godhood” of Jesus Christ. Only one magazine piece—written anonymously—asserted that human beings “have within us the seeds of godhood,” while an article about recovering from romantic breakups mentioned godhood twice as a goal for righteous human beings. Interestingly, that article was not written by a high-ranking international leader.

By comparison, church talks and materials from the 1970s and 1980s employed the concept freely in relation to the eternal destiny of men and women. As then-prophet Spencer W. Kimball said in 1976, “Our Heavenly Father has a plan for man’s growth from infancy to godhood.”

Does that mean that Mormons no longer believe that they can become gods? It is difficult to say. Many Mormons no longer think about the topic at all; it has become an insignificant aspect of contemporary theological expression. The idea may someday fade away, just as the church’s encouragement of plural marriage—once a cornerstone not just of Mormon practice but of its belief system—has faded away.

After doing this research, I’ll be interested to hear whether any general authorities refer to godhood in any way during this weekend’s semiannual General Conference. I seriously doubt it. It’s not just that the apotheosis doctrines of the Mormon past are disappearing from rhetoric, but from the worldview of many Mormons.  Here is how I explained it to a reader who requested more clarification:

The example I used in the article about godhood is especially difficult. This year at Sunstone I was part of an interesting panel called “Do They Still Teach That?” — pinging off the Book of Mormon musical’s song “I Believe.” The person there who presented on the godhood question made a strong case that the concept is still mentioned in church manuals and seminary materials. I see her point, but I think it’s even more important to focus on what’s going on in General Conference because church curriculum frankly doesn’t change very often. 🙂  I was surprised to find so little attention to the question of godhood in conference talks and church magazines. Language such as is used in the excellent Newsroom piece you reference below has morphed to more delicate and vague phrasing like “seeds of divinity” and “divine potential.” The actual specifics of godhood that were so important in GC talks of old — building new worlds, having dominion over planets, etc. — is almost nonexistent. With anti-Mormon rhetoric abounding more than ever, it’s not difficult to see why this is no longer emphasized even if our leaders still adhere to it as doctrine. Still, words — or the lack of them — are powerful in shaping belief and practice. It’s more than a question of semantics. When something is no longer taught openly or explained, it’s not long before it’s no longer even thought about. 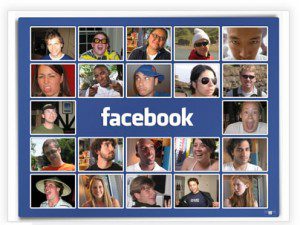