What We Can Take from “The Mormon Moment”

Today’s “Talk of the Nation” broadcast will be devoted to Mormonism: what it is, what it’s not, and why so many non-Mormons are afraid of it.

I don’t know who all the guests are, but I’m thrilled that one of them will be Joanna Brooks of Religion Dispatches. I find her writing to be both honest and faithful, which is an important (and all too rare) combination. She will represent Mormonism well.

Last night Joanna asked her Facebook friends, many of whom are Mormon, what they most wanted America to know about their religion. Among the various responses were several versions of “We’re not monolithic,” “Mormonism is a big umbrella,” and “Not all Mormons think alike.” Amen to that.

In 2002, Mormonism saw an unprecedented amount of media coverage before and during the winter Olympics in Salt Lake City. In 2008, the first time Mitt Romney ran for president, the religion garnered still more press, much of it unflattering. The 2011-12 presidential election is shaping up to feature even more of a spotlight on the LDS faith, what with two Mormons running for president, the Book of Mormon musical the toast of Broadway, and the Bloggernacle exploding with individual Mormons’ sites and musings.

I’ve just written a fall piece for The Christian Century about this “Mormon Moment.” It’s impossible to capture full nuance and complexity in 2500 words, but one of the key points I have been pondering lately is the “big umbrella” concept that Joanna’s Facebook friends highlighted.

What fascinates me is that two very different groups consistently want to downplay the ideological diversity that exists within Mormonism: conservative true-blue Latter-day Saints, who want to point to the party line, claim that 14 million members stand behind the prophet in all things, and shove any serious problems under the rug; and Mormonism’s evangelical detractors, who focus solely on the problems and sometimes tend to caricature the faith to drive home their point that the religion is a theological heresy. Both groups stake a claim on the fallacy that Mormonism is monolithic and that all Latter-day Saints believe the same things in the same way.

I hope that today’s radio program showcases the fact that this perceived monolith simply doesn’t exist. It is a straw man, carefully erected to serve larger purposes: to shore up Mormon truth claims (in the case of conservative LDS) or to tear them down (in the case of anti-Mormon activists). One of the interesting trends in this year’s media coverage of the Republican contenders is that some people are finally seeing that surprising diversity can exist even among the two candidates for President. As Matt Bowman recently pointed out in this outstanding article for The New Republic, Romney and Huntsman understand their faith so differently that they represent a full generation gap in the religion.

So here’s to diversity. And here’s to you. Here’s to the many Mormons who have contacted me through this blog (or my defunct one) to tell me to either shut the hell up because I don’t represent the Church or to please, please keep writing because they feel they have discovered a kindred spirit.

Mormonism needs–and has–many different kinds of voices, and I find it beautiful that they are being heard. 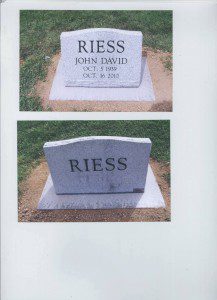