Yesterday in Alabama, leaders from the Roman Catholic, Episcopalian, and Methodist denominations filed suit to halt enforcement of the state’s harsh new immigration law. (Apparently they’re in good company:  late yesterday, the justice department of the federal government also sued to stop the law from taking effect as planned on September 1.)

What’s so bad about the proposed law? It will make it a crime to be an undocumented alien in Alabama; if you are ever asked for papers and can’t demonstrate citizenship or produce a valid visa, you’ll be under arrest. The law stipulates that undocumented children cannot be enrolled in school, and penalizes anyone who houses or transports those without legal papers.

The churches are saying that the law will prevent them from following the biblical mandate to care for the strangers and resident aliens in their midst. (See Exodus 22:21 and 23:9; Deuteronomy 10:18; Leviticus 19:33, etc.)

“If enforced, Alabama’s Anti-Immigration Law will make it a crime to follow God’s command to be Good Samaritans,” reads their joint lawsuit.

A question has even been raised about whether it will be legal for churches to offer communion to all people without checking their documentation first. It sounds like a ludicrous question, but when you look at the wording of the law–which prohibits Alabama’s citizens from granting material help to undocumented aliens–it does invite speculation.

Even if actual worship services are unaffected, the many parachurch ministries that religious groups undertake, such as soup kitchens, thrift stores, and the like, would likely see their activities curtailed under the new measures.

So while the courts work out the constitutionality of the law, and the even larger question of whether immigration questions should be under a single federal policy or left up to the individual states, we’re left to ponder the religious aspect of the issue. It’s ironic that Alabama, which prides itself on its position smack-dab in the Bible belt, should be leading the charge in willfully ignoring what the Bible teaches:

34 “Then the King will say to those on his right, ‘Come, you who are blessed by my Father; take your inheritance, the kingdom prepared for you since the creation of the world. 35 For I was hungry and you gave me something to eat, I was thirsty and you gave me something to drink, I was a stranger and you invited me in, 36 I needed clothes and you clothed me, I was sick and you looked after me, I was in prison and you came to visit me.’ 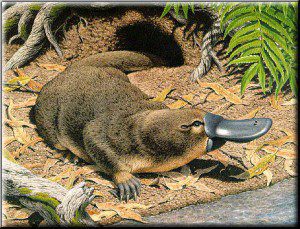 Ask a Mormon . . . But Which Mormon?
archives most recent
More from Beliefnet and our partners
previous posts