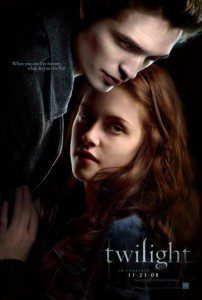 A couple of years ago, I published a BYU Studies article about Mormon themes in Twilight that was picked up by Meridian, an LDS website. I received some feedback on the piece, mostly positive, though several readers took issue with one criticism I made about Stephenie Meyer’s series:

“I find myself concerned about the retrogressive gender stereotypes in all of her novels, particularly the ineptitude of Bella.  Although the novels repeatedly tell the reader that Bella is smart and strong, they repeatedly show her powerlessness. She passes out; she trips repeatedly; she is victimized three times in the first novel alone, only to be rescued by Edward.  Worse than Bella’s damsel-in-distress shtick is her disturbing tendency to blame herself for everything, expose herself to serious harm, take over all the homemaking chores for a father who seems incapable of the most rudimentary standards of self-care, and sacrifice everything for a man who is moody, unpredictable, and even borderline abusive.  Many women readers will also be troubled by the extreme self-abasement of Wanda in The Host, particularly one scene where she mutilates her own flesh and another where she lies to protect the man who tried to murder her.  These are themes I hope do not originate with Meyer’s Mormonism.  But while they are cause for concern, they do not mar the creative spirit and theological integrity of Meyer’s work.”

One of the emails I received after the article’s publication took me to task for this, defended the romantic themes in Meyer’s fiction, and asked, “What’s wrong with looking for a knight in shining armor?”

It’s not surprising that Stephenie Meyer’s books have found a strong and loyal audience among Mormon women. She is, after all, one of our own, and we are as proud of her success as we would be if our own biological sister suddenly became a superstar. She has achieved success while remaining faithful to the Church, committed to her family, and (from all reports) interested in sharing her good fortune with others.

I can like and appreciate Stephenie Meyer without agreeing with everything in her books. Or even most things.

So, to the LDS woman who thinks it’s appropriate for women to wait for a knight in shining armor to save them, I would ask a simple question: Would you want your daughter to date Edward Cullen?

Do you want your little girl’s first boyfriend to:

On what planet is this romantic? And how is it that we’ve created a Mormon subculture in which such behavior would be seen not as a red flag, but as desirable in a boyfriend?

read next post
Thank You, Psalm 88
archives most recent
More from Beliefnet and our partners
previous posts