This Week in the Twible: Psalms to Fling at Enemies

#Twible Ps 35: G, please kick the asses of my enemies. Don’t hold back. Stab ’em with the spear, then the javelin. That’s the ticket!

I don’t remember ever hearing the phrase “Psalms of imprecation” until a few years ago, when I became more aware of just how much of the Psalter is taken up with wishing – vociferously – that one’s enemies might have their eyes put out (Ps 69) or witness their precious children dashed to pieces against a rock (Ps 137).

The reason that I and many others aren’t as familiar with these Psalms as we are with, say, warm fuzzy texts like Psalm 23 is that we just don’t hear this stuff in church. At all. In liturgical cycles, many of the Psalms of imprecation are omitted entirely, especially in the traditional Liturgy of the Hours, though more modern liturgies like the Revised Common Lectionary might include them as optional texts. It’s conceivable that many people could go to church their whole lives and rarely or never hear these parts of the Bible.

I don’t have any enemies I can think of, and even if I did I wouldn’t comfortable with prayers about God drowning them in sludge or consuming them with fire.  But as I’ve been going through the Twible, I have to say that I’m coming to appreciate these curses more and more. I understand now that they are less about imprecations for one’s enemies than they are about intimacy with God.

When I was about ten, my neighbor Mike came in after a disastrous backyard baseball game screaming that he was going to kill Jason, the neighbor boy who lived on the other side. I had never seen Mike so livid. I had read stories about people turning beet red when they got angry, but this was my first encounter with that in a friend my own age. Mike, who was generally mild-mannered and funny, was spewing fury and yelling about all the terrible things he was going to do to Jason, who I guess had cheated in the game. The only people there to witness the meltdown were Mike’s closest friends and family, and I don’t think we ever discussed it or mentioned it again.

That’s what these Psalms are like. They offer catharsis; they represent an opportunity to vent our most unspeakable emotions to a God who will not be shocked and will not reproach us for them. I find myself glad they are in the canon.

I may never have to use a Psalm like 35, liberally paraphrased above, or 37, Twible-ized below. I hope I never have to. But I’m glad the precedent is there just the same.

#Twible Ps 32: Finally confessed the thing I did that time. You know what I mean, G. Glad I got THAT off my chest. Let’s do this more often.

#Twible Ps 33: G is both great & good, despite what Christopher Hitchens said. So we’ll sing to G a new song. Like, say, this psalm here.

#Twible Ps 34: The righteous suffer afflictions, but G will rescue them. Well, that’s a relief b/c I was starting to worry. Anytime now, G.

#Twible Ps 35: G, please kick the asses of my enemies. Don’t hold back. Stab ’em with the spear, then the javelin. That’s the ticket!

#Twible Ps 36: The wicked imagine that all their dark deeds are in secret. We’ve got news for you: @GInHvn just posted them on Twitter. Ha!

#Twible Ps 37: The meek will inherit the land that was fertilized by the decomposing bodies of the wicked. Poetic justice, if a bit gross.

#Twible Ps 38: Symptoms: open sores, numbness, dizziness, back pain. Huh, G? You say my sin caused this? SURE. Let’s all blame the victim.

#Twible Ps 39: Well, shut my mouth! No, really—do actually shut it. It keeps getting me in trouble. And if you can’t say anything nice…

Jana Riess is nearly halfway through a 3.5 year Twitter project called the Twible (rhymes with Bible), which you can read about here. Follow her on Twitter: @janariess. 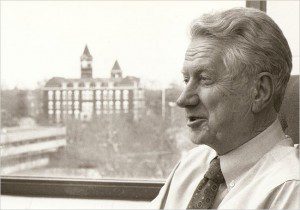