Mormon Women Are Men’s Equals, Kind Of Sort Of Maybe

There’s a brilliant piece of Mormon satire up at By Common Consent today — all the more brilliant because judging from the initial comments, few people realized that the author, Kristine Haglund, was being satirical at all. Here is the short text of her piece:

My children regularly (at my direction) offer prayers and teach family home evening lessons. They are confident and articulate. They participate in Family Council, where they are encouraged to share their opinions, which are listened to and valued. We implement some of their suggestions. They are (with the occasional exception of one uppity teen) content with their place and their role in the family. One of my children even said the other day, “I would hate to have all the responsibilities parents have!”

Parts of the responsibility for maintaining our home and family life are (under my direction) delegated to the children. They are allowed to choose furnishings for their rooms and are responsible for the care and maintenance of those rooms. They often (with my permission and under my direction) grocery shop (with the money I magnanimously give them) and prepare meals all by themselves. In all of these responsibilities, of course, their decisions are subject to parental review.

My children have a unique place in the family–as children, they see the world in fresh and new ways, and have an eagerness and hopefulness that is a necessary component of family life. They are loved and deeply valued, even though they are young, and even because of their youth. Our family would not be what it is without them. A couple of weeks ago, one of their teachers said, “your children are incredible!” I couldn’t agree more.

To understand the context for this post, you have to go to last week’s op ed that Church PR leader Michael Otterson wrote for the Washington Post. In his own short piece, Otterson recounted how “incredible” Mormon women are and affirmed that they are every bit as important as men in the eyes of God. However, at no point in his insistence on women’s leadership did he concede that Mormon women do not have the priesthood. He failed to mention that a Mormon woman cannot preside over a sacrament meeting, be called as a mission president, seek ecclesiastical forgiveness from another woman, serve as a ward Sunday School president, teach Institute while she has children at home, or pray to her Mother in Heaven.

It’s not just that no LDS woman can ever become the prophet. It’s that she can’t even hold a Relief Society meeting in an LDS church without a male authority figure present in the building.

The nail in the coffin of Otterson’s ruminations is that he says he wants to allow Mormon women to speak for themselves about this issue, since he is a man and not a direct authority on the subject. Fair enough. He then goes on to quote three Mormon women — anonymously — to declare their equality before God and Mormon men. Apparently he feels that quoting Mormon women anonymously is the best way to demonstrate to the world that they do, in fact, have a voice. Irony much?

I met Brother Otterson once, and quite liked him. In fact, I met him when the Public Affairs department asked me to address a group of religion journalists who were visiting Salt Lake City and had questions about Mormonism. So yes, I was asked to perform a leadership role and be an ambassador for my Church. I felt proud that someone in a position of leadership thought that I would be a good spokesperson.

However, I am not an equal in the Church. Period. I represented Mormonism in that official capacity because several men in authority decided for whatever reason that I would be good at it. In fact, with the exception of my being invited to speak at BYU Women’s Conference, which was planned by and for women, every speaking invitation I’ve ever had within the official Church has been issued by a man.

I make my peace with the LDS Church’s institutional sexism every day, every week, because I  believe that this is where God called me to be. I’ve also been very lucky to have local leaders who understand some of the challenges that women face in the Church and try to do what they can to encourage progress.

However, here’s the thing: no man gets the right to reassure me that I’m his equal when every single outward sign of how the Church is run tells a different story.

Salt Lake City leaders, here’s a request: Stop telling me I’m incredible, and start giving me responsibility and authority befitting an adult and not a child. Stop standing up each Mother’s Day to wax on about how women are fantastically spiritual and start taking a hard look at the institutional sexism that repeatedly devalues women.

And start praying about women’s emancipation. You may be surprised at the message God has been trying to impart to you. 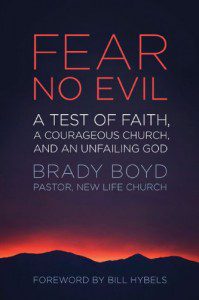