Did David Write the Psalms? 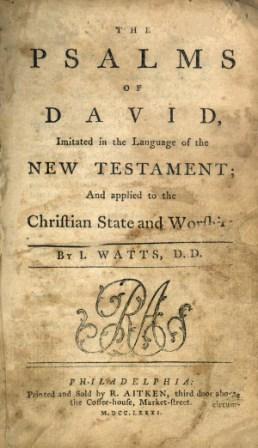 Short answer: no. Read on if you want to know why.

Some Jewish and Christian traditions consider David the author of the Psalms, possibly all 150 but especially numbers 3 to 41, which are thought to comprise a collection. (They are all psalms of the individual rather than the community.) David is also credited as the author of Psalm 51 and 138-145, among others. Since David is identified as a musician and a singer in several places in the Samuel narrative, the attributions made a kind of sense.

But there are serious problems with this theory. UC Berkeley Hebrew professor Robert Alter says, “The Davidic authorship enshrined in Jewish and Christian tradition has no credible historical grounding. It was a regular practice in the later biblical period to ascribe new texts to famous figures of the past.” (The Book of Psalms, xv)

The superscriptions that precede each psalm (e.g. “To the leader: A Psalm of David”) were added much later, even centuries after David’s death, as a way to honor Israel’s most famous king. The Hebrew preposition “l” can, like many Hebrew words, mean a variety of different things. Often translated “of,” it can also mean “to” or “for” (a Psalm for David) or “in the manner of” (a psalm that’s like something David might have written if he were still with us; R.I.P.). In any case, the New Interpreters’ Bible commentary says that such superscriptions “do not identify the author of these compositions, but rather indicate that the psalm is to be associated with these figures in some fashion.” (p. 308) 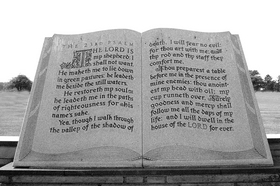 Is Psalm 51 less beautiful, or less powerful an expression of human sorrow for sin, just because David didn’t write it himself after sleeping with Bathsheba and then ordering the murder of her husband? Of course not. Yet many people continue insisting that David was the author of the Psalms. In the one – one! – lesson devoted to the Psalms in the LDS Gospel Doctrine manual, the manual explains that “many were written by David.” There is simply no evidence to support that. While some seem to be contemporaneous with David’s time period or slightly later (they assume, for example, that there is a temple in Jerusalem), others (like 137) are clearly later, even postexilic.

Alter concludes by saying that it’s possible, though unlikely, that David wrote one or two of the psalms. In the end, the poems “were produced by many different poets over half a millennium.”

#Twible Ps 9: Thx, G, for destroying the wicked & saving the poor. But can you hurry up the justice thing a little? No pressure, but . . .

#Twible Ps 10: G, bring that giant ear closer to earth to hear the cries of those in pain. You are going to smite the wicked, right? RIGHT?

#Twible Ps 11: G’ll rain fire & sulphur on the wicked, & there won’t even be enough wicked folk left to make a reality show about it on MTV.

#Twible Ps 12: A Psalm according to the Sheminith. I could tell you what a Sheminith is, but the word sounds way cooler w/ a little mystery.

#Twible Ps 14: Fools say in their ?s that there’s no God. G retorts that basically everyone’s an idiot. G’s in one of his moods, see.