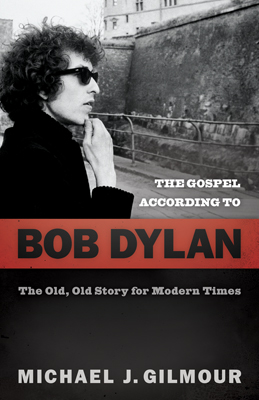 The Gospel According to Bob Dylan? Well, why not? Author Michael J. Gilmour sits down to explain why “Bobheads” continue to find spiritual meaning in Bob Dylan’s music almost 50 years after Dylan’s debut album was released. –JKR

So, why a book about the spiritual significance of Bob Dylan?

I often ask myself the same question. What is it about Bob Dylan’s work that is so engrossing? I listen to a lot of music but few artists spark spiritual contemplation to quite the same degree. (Some of the exceptions on my list are predictable: Yusuf Islam, George Harrison, U2.) There are likely several reasons fans find Dylan’s work spiritually substantive, but I suspect part of the answer lies in the nature of his writing and public persona. Both are simultaneously cryptic yet authoritative. There is a mysterious quality about Dylan’s art that leaves us suspecting he knows things we do not know, understands things we do not understand, and sees things we do not see. Dylan also communicates deep feeling and since we often blur the distinction between strong emotions and spirituality, this music takes on a quasi-prophetic function. Ironically, though Dylan warns us against following leaders, we happily ignore that bit of advice and ask him to fill that role for us. He is the Tambourine Man for countless ragged clowns who trail behind, chasing the shadow he sees.

What is your personal interest in the subject? How long have you been a “Bobhead”?

I started listening to Dylan in my early teens and found a lot in the songs that resonated at that stage of life: resistance to the status quo; a counter-culture attitude; great storytelling; moving depictions of the heights and valleys of romantic love; social justice and compassion; reflections on the divine; and an exuberant playfulness with language. I never grew tired of the old songs and always found something of interest in the new ones as they came along. I certainly can’t say this for every artist or band I listened to back then. (I actually bought the B-52s debut album around that time. What was I thinking?!) When I got to university I started reading about Dylan and this too was a transforming experience. I realized there was a world of fascinating conversations about the artist and his art. Writers like Greil Marcus, Clinton Heylin, Stephen Scobie, Michael Gray, and Paul Williams, to name but a few, modelled ways of thinking seriously about the Dylan canon. They gave permission to take this work seriously as a subject worthy of reflection and analysis.

Dylan has been a spiritual seeker throughout his astonishing career, and has experimented with fundamentalist Christianity as well as Judaism and other faiths. What do you make of this?

I increasingly think of Dylan as something of a flâneur, that character described by Charles Baudelaire and Walter Benjamin who wanders the streets in order to see and experience all that the city offers. The flâneur does not sit still for long nor does he follow any predetermined route. He often goes places others do not go, allowing his curiosity to drive him forward. Dylan is a bit like this with respect to religious thought and spirituality. He is a sponge, soaking up everything that inspires, illuminates, and nourishes. Putting this in theological terms, he seems to enjoy the search for truth but never actually rests content with answers he finds along the way. There is an appealing honesty about this. We never know all there is to know about the great mysteries of life or the divine, and so the search always continues. Or at least should. 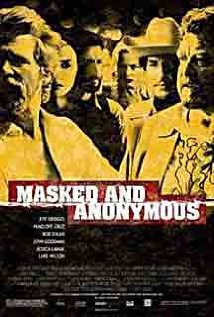 You have a chapter on how Dylan uses the Bible in his music and in the movie Masked and Anonymous, and I was surprised by the depth and specificity of his interactions with the Bible.

He has an impressive grasp of biblical literature – something evident in all his work, from 1962’s Bob Dylan to 2009’s Together Through Life – and while some uses of this material are theologically traditional (especially in the gospel songs), more often than not his adaptations of the Jewish and Christian Bibles surprise and delight. He aligns characters in songs with biblical heroes and villains, and re-contextualizes familiar turns of phrase, metaphors, and similes. Sometimes he uses the Bible as a moral compass to identify wrongdoing (even Jesus would not forgive the Masters of War) while at other times the songs’ narrators are players in biblical scenes (she took my crown of thorns). Of course, the Bible is just one of many influences on his writing. He is also well acquainted with literature and film, not to mention the rich American musical heritage to which he is heir.

In the end, how is it that Dylan’s music has managed to speak to people for more than five decades? (Five decades!)

This is remarkable, indeed. Bob Dylan’s seventieth birthday is just a few months away (May 24, 2011) and yet he continues to draw audiences, and make and sell records. His longevity certainly speaks to his endless creativity and capacity to surprise audiences – not many expected to see a Dylan Christmas record but lo and behold, along came Christmas in the Heart (2009). Another reason for the enduring appeal of his best work lies in its timeless quality. The songs avoid the mire of particular historical moments and so the fear and revulsion expressed in “Masters of War” or “Hurricane,” to pick examples at random, translate easily to new contexts where the scourges of warmongering and racism exist. I don’t know if Dylan has an audience in Egypt but if there are Bobheads marching the streets in Cairo calling for regime change as I type this (January 2011), it would not surprise me to learn “The Times They Are A Changin'” (released fall 1963) sounds powerfully prophetic to them.