The Vast Virtual Body of Christ: Cancer Patient Deanna Thompson on the Beauty of the Internet

Stage 4 cancer at 42? That was the diagnosis for Hamline University theology professor Deanna Thompson, who has blogged elsewhere about the diagnosis and her faith. Here she ruminates on how cancer opened her up to receive blessings from people of her own faith, another faith, or even no faith — all courtesy of the Internet. –JKR

By Deanna A. Thompson 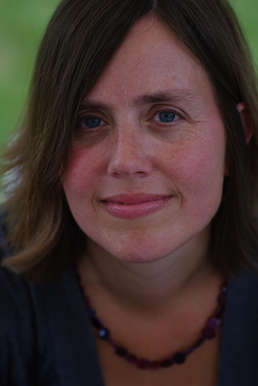 I have to admit that in life before cancer, I didn’t give the Christian belief in the church universal much thought. I could–and would–extol the virtues of participation in local communities of faith. As the daughter of a pastor, I’ve witnessed local churches time and again become what Christians call the “body of Christ” in their ministries to those in pain.

But in journeying with stage IV cancer, I’ve also been awakened to a new–indeed, almost mystical–understanding of the church universal and the healing effects it has had on the lives of me and my family. The church universal is no longer an abstract concept dangling in the realm of theory.

What’s been particularly surprising to me is that the experience of the church universal has been mediated through what I’m calling the virtual body of Christ; that is, the body of Christ incarnated in, with, and through the power of Internet sites like Caring Bridge, an organization that hosts web pages for those with serious illnesses.

Now let me be clear: I’m not trying to sound New Agey or to issue some feel-good platitude about how cancer has made more appreciative of the value of community.

In the months since my diagnosis, I’ve had a growing conviction that this notion of the church universal extends even further, beyond the bounds of Christian communities to include those of other faiths and even those of no particular faith.

I don’t have all the details worked out yet, but what I do know is this: my friends and colleagues of other faiths, and even those who claim no faith at all, have included me in their prayers, their rituals, their sacred practices–and I can find no other language in my theological lexicon that’s up to the task of describing their ministry to me.

What I am ready to do is begin rethinking theological categories in light of the boundary-breaking experiences of grace I’ve encountered since cancer invaded my life.

Take the grace bestowed upon me by one of my agnostic Jewish colleagues. Her gift to me began with the Caring Bridge site; it includes Christ in a profound way; and it takes me beyond the bounds of the church universal conventionally understood.

Shortly after this Jewish colleague of mine returned from a study abroad trip to Israel with a group of our students, she sent me an email message. My colleague wrote about my postings on Caring Bridge and about how my journey with cancer–and along with it, my struggles with my own faith–had become a source of inspiration to her. Spurred on by my story, she had even gone out on a limb and attempted to pray herself.

I was startled to learn that the public narration of my journey with cancer–a task I found difficult, especially when it came to talking about faith–had become an impetus for the deepening of this colleague’s own spiritual journey.

But that wasn’t all there was to the message.

My colleague went on to describe the group’s day at the Wailing Wall in Jerusalem. She told me that she and another colleague had placed prayers for me into the cracks in the wall. She wrote about how moved she was to see several of our students add their prayers for me to the wall as well.

To learn that prayers for me had even made it to the Wailing Wall was profoundly moving. We Christians trace our spiritual inheritance back to the Jews who built that very wall. Knowing Jesus prayed and studied inside that wall and that prayers for me remain in the city of Jerusalem–a holy city to both Jews and Christians, and Muslims too–further supported my widening view of the church universal.

But my colleague had not yet come to her main point.

She wrote about how in their travels throughout Israel the group had visited many churches in addition to synagogues and mosques. And much to my surprise and even to her own, the churches they visited became places where she tried out her newly acquired practice of prayer.

In each church her group visited, my colleague told me, she would sit down, bow her head, and ask Jesus for a favor: that he might consider healing her friend with cancer.

Her message to me ended with this: “I hope I didn’t offend Jesus–after all, I’m a Jew and I don’t even pray regularly–and there I was, asking Jesus for a favor. I think he’ll be ok with that, won’t he?”

Stunned, I reread the message, making sure I hadn’t inadvertently rearranged the words.

I hadn’t. My agnostic Jewish colleague had indeed written to tell me that she had prayed to Jesus and asked him for a favor. For me.

Words still elude me when I try to describe what this act of prayer has meant to me.

And I’m convinced it’s got to fit somewhere inside a theology of the church universal.

But just where or how it fits I’m not so sure.

When I told another Jewish friend of mine about my colleague’s favor-asking of Jesus, she looked at me incredulously and declared, “But she doesn’t even know Jesus!”

That may be. At the same time, it seems that my Jewish colleague entered into some kind of relationship–however tentative or uneasy–with this Jewish man Christians call Healer and Savior.

I realize it’s tricky and complicated, but for this particular Christian theologian there’s no other way to say it: knowing Jesus was asked a favor for me by a Jewish colleague bears saving love, saving presence, and saving hope to me in a time of deep brokenness, struggle, and despair. This beautiful act has to be bound up somehow, someway, to God’s universal community of saints; it’s too much like Christ for it to be any other way.

Since the diagnosis, I’ve received a sage blessing from a Native American colleague, been prayed for in the synagogues and Hindu temples of friends and colleagues, had Buddhist meditation sessions dedicated to me, and Jesus has even been asked a favor by a Jewish friend who took a gamble on my behalf.

I don’t know what else to call it but grace. And these gifts of grace from the virtual body of Christ enable me to keep walking through the valley of the shadow of cancer, even when the shadow being cast is frightfully long.

Epiphany with Dietrich Bonhoeffer, Week 6
archives most recent
More from Beliefnet and our partners
previous posts