Given today’s angry backlash about Sarah Palin’s controversial comment about “blood libel” in the mainstream media, this post — which I commissioned from ethicist Scott Paeth earlier this week — has all the more resonance. 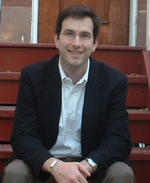 There is a sad irony that Gabrielle Giffords, who was shot this past Saturday at a constituent event in Tucson, Arizona, was one of those who had been speaking out recently in an attempt to cool down the violent political rhetoric that we’ve seen for the past two years in the United States. Just hours before she was shot, she sent a message of congratulations to Arizona’s Republican Secretary of State, Trey Grayson, in which she asked for his help in finding ways to “tone our rhetoric and partisanship down.”

Of course, as many commentators have been at pains to point out, there is no particular reason to believe that her assailant, Jared Lee Loughner, was motivated to act on the basis of any specific ideology, let alone a right-wing one. The best that can be ascertained at the time is that he is deeply mentally ill, possibly delusional, and motivated by whatever demons haunt his psyche far more than by politics. Yet, in the aftermath of the shooting, the debate about violent political rhetoric has finally reached a state of critical mass. We can no longer pretend that this rhetoric does not have implications for the safety of our elected representatives or the stability of our government. 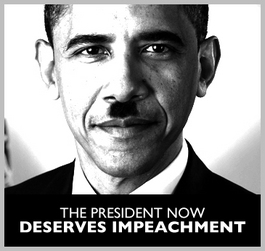 The Giffords shooting is the end product of a process that began early in the Obama administration, with vitriolic slogans and hate-filled invective by many of his detractors, who threw around the word “socialism” like an epithet, painted Hitler moustaches on his picture, and doctored his image to appear like that of the Joker. During the health care debate, Representatives were shouted down in town meetings, while protestors showed up at political rallies carrying handguns (which they proudly proclaimed to be loaded), and pundits stoked fears of incipient “death panels” and “FEMA detention camps.”

During last autumn’s elections of course, we were treated to promises that the right could always turn to its “Second-Amendment remedies,” to campaign fund-raisers featuring opportunities to shoot at silhouettes of candidates’ opponents, and other “joking-but-not-really-joking” expressions of violent intent.

Nor should we neglect the actual violence that has taken place in the past two years, from the man who flew his small airplane into a federal building, to the man who shot an abortion doctor in Kansas, to the man who shot a guard at the United States Holocaust museum. In each of these cases, as well as others, the targets were the frequent subject of right-wing fear mongering, and yet nothing up to this point has persuaded the political right to turn it down a few decibels, arguing in each case that the perpetrators were lone whackos, whose actions couldn’t be blamed on the inflammatory rhetoric of a Rush Limbaugh, a Sean Hannity, or a Glenn Beck.

On the one hand, I’m sympathetic to this argument, particularly in the case of Loughner. When those who are clearly unhinged act out, it’s easy to look too quickly to the most likely source of their inspiration and lay the blame there. On the other hand, however, we cannot pretend that these actions take place in a vacuum. The choice of target, and the choice of action are motivated by a context, even if that context is twisted by the particular psychosis of the perpetrator.

Certainly, the right wing never seems to hesitate in laying blame on Islam whenever a lone nut decides to use that as an excuse to shoot up a military base or hatch a half-baked plot to knock down the Sears Tower. And while painting the entire religion of Islam as responsible for such acts has no more validity than blaming the Tea Party movement for Loughner’s actions, it is appropriate to point to particular actors, in both instances, who inflamed the rhetoric and gave inspiration, excuse or cover to those who are willing to act violently in their quest to become famous, or better, infamous. 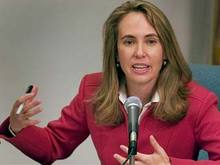 The question for us now is whether we will use the shooting of Gabrielle Giffords as an occasion to give serious attention to her plea to tone down the political rhetoric, and use reasoned discourse to address our political differences. We should do this, not because of what may or may not have motivated her assailant, but because of what motivated her, because of who she is and the kind of political debate she wants to see in the United States – one that reflects the best of who we are as a nation, not the worst. And if we are able to do that, some small good may come of the great evil perpetrated against her and the other victims. If they deserve anything from us as a country, they deserve that.

What Changes Have You Seen in College Teaching?
archives most recent
More from Beliefnet and our partners
previous posts