Except that this year, the cards just haven’t arrived. By mid-December we had received precisely eight cards. What was once a happy end-of-day ritual of opening letters from friends has turned into a sad exercise in mailbox disappointment. I feel like Charlie Brown on Valentine’s Day.

The Chicago Tribune assures me that this is not a sign of the decline of my personal popularity. (What a relief. Thanks.) Apparently the Christmas card is on its way to spotted owlhood. The Trib reports: 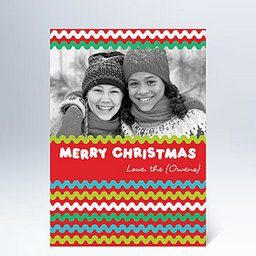 The rise of social networking, smart phones and Apple iPads is
changing the way friends and family stay in touch, diminishing the
Christmas card’s long-standing role as the annual social bulletin.

“People are up to date all the time on Facebook,” said Kit Yarrow, a
Golden Gate University professor who studies the 20- and 30-somethings
of the Generation Y culture. “Gen Yers are notorious for not sending
thank you notes and not RSVPing. I just think that method of
communication is foreign to them. And that doesn’t bode well for the
future of holiday cards.”

This year the decline is noticeable: we’re down to 1.5 billion cards from 1.8 billion. The article goes on:

The outlook
is particularly weak for teenagers and college students, who are
accustomed to communicating in ways that are more immediate, more
efficient and more cost-effective, said Pamela Danziger, president of
Unity Marketing.

I do love keeping up with my friends on Facebook, and agree that for many practical reasons, Christmas cards seem like a waste of time, stamps, and trees nowadays. But I raise my cup of egg nog to the  Christmas cards of years gone by. May they rest in peace.