Wiping Out Hunger in Our Generation: A Q&A with Bread for the World’s David Beckmann

Do you feel as overwhelmed as I do by statistics on world hunger? When I read about more than a billion people in dire poverty, it’s hard to muster any optimism that things will change. Children are starving. People are dying of preventable diseases.

Yet those realities, while alarming, don’t do justice to the great strides that have been made in the last thirty years to combat world hunger and poverty. This month I got to interview David Beckmann, the 20-odd year president of Bread for the World and the 2010 recipient of the World Food Prize (which is like the Nobel Prize for nutrition and hunger problem-solving). Beckmann’s new book Exodus from Hunger: We Are Called to Change the Politics of Hunger is out on October 20, right when he’ll be receiving the World Food Prize alongside the president of Heifer International.

You can listen to WJK Radio’s podcast interview with Beckmann here. I found him to be intelligent, informed, and persuasive–enough so that I then went online and renewed my lapsed membership to Bread for the World, which lobbies for improved legislation on domestic and world hunger. While he is strongly supportive of soup kitchens and faith-based initiatives to alleviate hunger, he wants those local and regional programs to work alongside government-sponsored programs to eliminate hunger here and abroad. “We cannot food-bank our way to ending hunger,” he contends.

Some encouraging stats on the success of various programs in the last few decades: 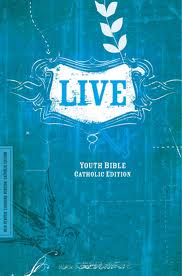 How to Get Catholic Teens to Read the Bible, Step One: Make It Worth Reading
archives most recent
More from Beliefnet and our partners
previous posts