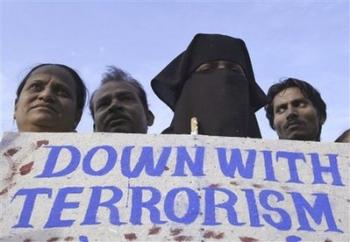 You know how on Facebook, you sometimes overhear other people’s conversations that you wish you hadn’t? Well, this one came up on my Facebook news feed because one of my friends (the last and only sane individual in this conversation) left a comment. I have retained the punctuation and spelling of the original conversation participants while withholding their names.

Original Poster: I recently received a warning about the politically incorrect term, “Towel Heads.” I have been advised that the Islamic terrorists that who hate our guts and want to kill us do not like to be called “Towel Heads”.

Original Poster cont: The items they wear on their heads are not towels but in fact are little folded sheets. Therefore, being the sensitive, politically correct person that I am, I will now respectfully refer to these terrorists as…”Little Sheet Heads.” Thank you for your support and compliance on this delicate matter. (1 “Like”)

First Respondent: I’ll call the bastards whatever i want. How about “shit heads”? (1 “Like”)

Second Respondent: Now that’s the way to start a morning.

Original Poster: Here are Jesus’ words from Luke 12…”Do you think I came to bring peace on earth? No, I tell you, but division. From now on there will be five in one family divided against each other, three against two and two against three. They will be divided, father against son and son against father, mother against daughter and daughter against mother, mother-in-law against daughter-in-law and daughter-in-law against mother-in-law.” I must with all due respect disagree that we should embrace terrorists in love.

Fourth Respondent, who apparently clicked “send” before he was quite finished spewing: Hmmm…looks like somebody tucked there head under a sheet and ran.

Fifth Respondent: I was thinking the same thing

Lone Sane Voice in Appalling Overheard Conversation: Well … after seeing your comments, you two now have me also thinking about sheets… and burning crosses.

1) Why don’t people yet realize that Facebook is not a private venue?
2) Why is my friend also friends with these Islamophobes?
3) And most importantly, what will it take to eradicate some Americans’ hatred of Muslims?

It’s been nine years since 9/11, when Al-Qaeda terrorists destroyed the World Trade Center and a portion of the Pentagon, taking nearly three thousand lives. The terrorists–none of whom wore head coverings, incidentally–carried out an act of despicable evil. No one is defending them. Yet to deride an entire religion of over one billion people as “sheetheads” adds a layer of violence and willful misunderstanding to an already incendiary situation. As Mark Juergensmeyer, a scholar of religious terrorism and the author of Terror in the Mind of God, put it, “Osama bin Laden is to Islam [what] Timothy McVeigh is to Christianity.”

Come on, America. We are better than that. We have learned from our history of the Know-Nothing Party in the mid-nineteenth century that we cannot succeed if we base politics on hatred and fear, appealing to the lowest common denominator by demonizing other races. (At that time it was the Irish who were considered villainous. They didn’t exactly destroy the country as was predicted.) We have been told by President George W. Bush that Islam is fundamentally a “religion of peace.” Bush overstated the case–Islam, like Christianity, has a checkered history of both peace and terrible violence done in God’s name–but his point was well-taken: We cannot conflate an entire religion with the actions of a few.

In 2001, I felt discouraged that many Americans, anxious for somewhere to lay the blame, attacked Islam as “other” without recognizing its vast diversity. I had hoped that progress had been made since that time, as American Muslims like my friend Asma Hasan (Red, White, and Muslim) helped to show the way to a more moderate, complex image of the faith and its people.

This summer has seen a terrible step backward. NPR recently chronicled some of the political firestorms of the season:

On Friday, investigators determined that a fire at the construction site for a mosque in Murfreesboro, Tennessee, was the result of arson. All this is uptick in Islamophobia is not even including the controversy over the “ground zero mosque”–which, as it turns out, is neither a mosque nor located at Ground Zero. 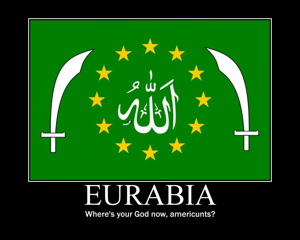 According to Sunday’s Christian Science Monitor, the anti-Islamic fervor we’re seeing in the United States pales in comparison to Europe, where forms of Islamic dress have been outlawed and widespread (and false) birth statistics threaten the specter of “Eurabia.”

Somehow, the fact that it’s worse in Europe is cold comfort. Islamophobia is increasing here in America even in the absence of recent acts of terrorism. I am chilled to recognize the fledgling similarities between the us-them rhetoric of anti-Muslims today and the hatemongering of Nazis in the 1930s and 40s.

That’s not a comparison I would ever throw around lightly. However, consider the following statement, made by a California grandmother protesting the erection of a mosque in Temecula. This is where hatred gains a foothold:

Whether “they” refers to Muslims or Jews, the effect is the same; suspicion and fear are ignited. The difference is that in America in 2010, we have laws to protect religious freedom. The best traditions of the “American way of life” cherish religious freedom (even the freedom of those with whom we disagree) and recognize the dangers in categorizing an entire religion or race of people based on the extreme actions of a few.

What better way to show Al-Qaeda that America has not been bested than to demonstrate our nation’s commitment to preserving religious freedom for all people? 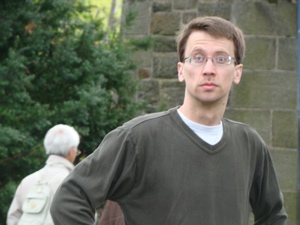